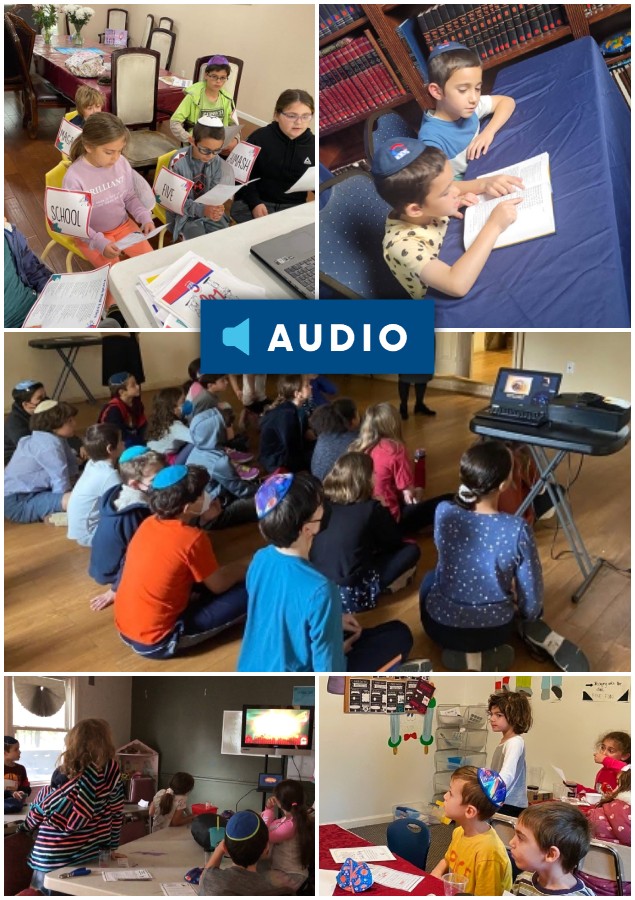 A new song and video release by CKids is designed with a catchy tune and rhythm to help children recall Torah facts such as the number of parshiyos and letters in the Torah.

The Torah rap music video produced by CKids comes with a warning. The viewer is told that the song will play again, but this time with missing words, and they will be expected to fill in the blanks. Then, the bass line cuts in, and the song begins.

Sung by Levik Loschak, the tune is more instrumental than one might initially expect from a rap song, but that serves its purpose well. It’s catchy. It was conceived as a tool to help CKids Hebrew School children worldwide remember facts about the Torah. The repetition one might expect to be used to sell toys or candy is here employed for educational purposes. Words, phrases, and images are repeated along with the palpitating music to maximize this kind of reflexive learning.

The song begins with an explanation of what the Torah is. Namely, that Hashem communicated His Word to Moshe, who copied it down perfectly, and that each scroll has six hundred thousand letters, forming the five books and fifty-four Parshiyos. Each copy of the Torah is the same, and it has not changed since our ancestors received it in the desert.

Emphasis is then put on Torah’s instructional qualities, how it forms and guides the life of a Jew, comprises the laws, ancestral history, and inherited stories of Judaism. Explaining the purpose of the Torah to the Jewish family, the song expresses that a Jew is to live proudly and Jewishly.

“We developed the rap to reinforce to students why we learn Torah and how we learn Torah. It shows us how to be a ‘Mensch’ and how to be a Jew. It teaches that there are five books and a printed Chumash because we want to learn Torah wherever we go. It communicates how we can learn Torah in the Twenty-First Century; on a podcast, on a tablet, on your couch, on the subway.”

Now, the game can begin. First, the class watches the complete version of the music video. Then, the children wrote down the missing words from the repetition of the song and the teacher taped each word to a different student’s shirt. There was a parcel passed around from child to child, depending on who was wearing the missing word at the time. The one with the last missing word could open the parcel and share the treats with the rest of the class. Thirdly, the students were invited to listen to the song again, to sing along this time, and learn it by heart.

“The kids were so excited. They were pumping along to the music. People are still asking us where they can find it to play at home. It’s a catchy song and a well-done video.”

“For time immemorial, Jewish children have been learning Torah with song.” says Rabbi Mendy Kotlarsky, Executive Director of Merkos 302, “We create music videos like these to bring Jewish education to a new generation.”

The lyrics were written by Mrs. Chaya Mushka Spiero, and the Music Video was co-produced by the CKids staff and 321Motion.

You can listen to the new song below: