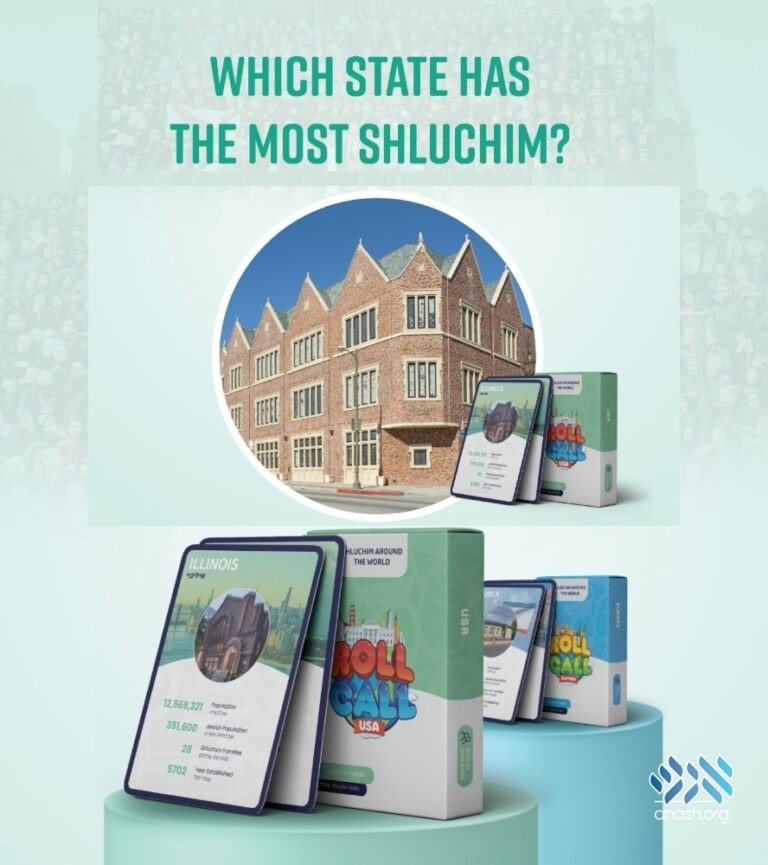 Ever wonder how many Shluchim there are in America? A new and beautifully designed card game is teaching kids all about the Rebbe’s Shluchim in the USA.

It’s a brand new game for kids, and it’s stirring up a little friendly competition among Shluchim. The game – aptly dubbed Roll Call – is offering kids some exciting, screen-free entertainment while they learn all about Chabad’s presence around the world.

Geared for children ages 5 and up, Roll Call’s cards contain data concerning every State that is home to a Chabad House – General population, jewish population, number of families on Shlichus and more. In a fun and exciting way, kids can compete to have higher numbers – while learning about the Shluchim in America!

This deck will be their second set in the series, coming after Roll Call – Europe which was released last year for the Kinus.

“We had such great feedback after our first set that we just had to make another one,” said one of the creators. “After playing the game non stop, my kids knew all the cards by heart, and they can’t wait for the new deck!” says a satisfied parent.The new card game is available at local stores in Crown Heights, and online at RollCallGame.com