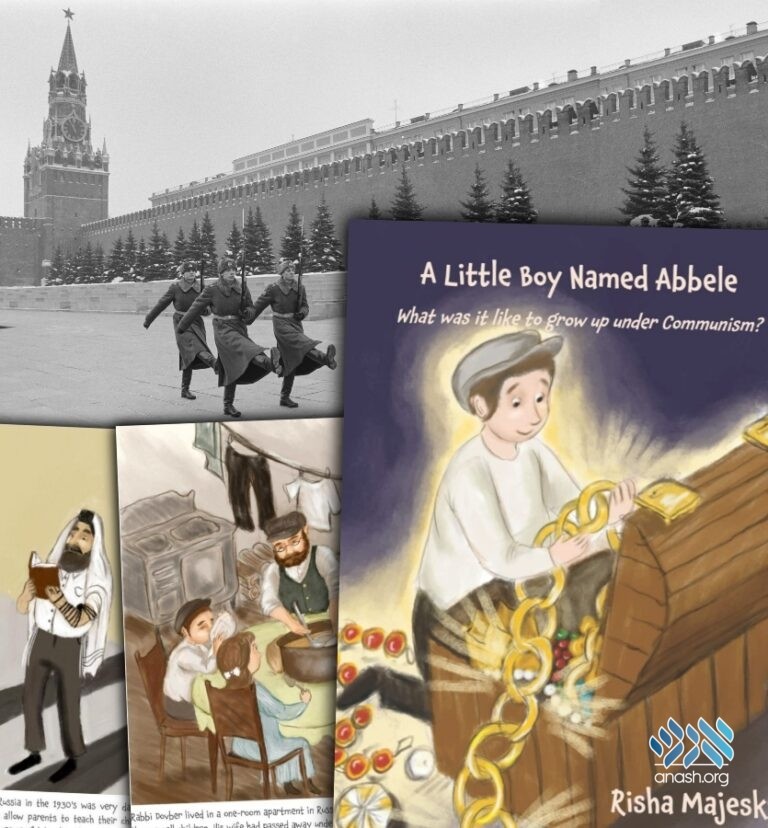 As a young girl, Mrs. Risha Majesky would hear about the dangerous decisions her grandfather had to make in order to raise a Torah observant family. In her new book, A Little Boy Named Abbale, she draws on her own father’s upbringing, to bring the story of Mesiras Nefesh to the next generation.

A rich history. A bright future. How do you connect the two?

As a young girl, Mrs. Risha Majesky, who today serves as the principal of Beis Chana High School of Arizona, would hear how her father was raised in such trying times, and about the dangerous decisions her grandfather had to make in order to raise a Torah observant family.

“Who will teach him how to live like a Yid?” This question and others plagued Rabbi Dovber, her grandfather, as he contemplated the dangers of educating his little boy in Communist Russia. Yet, he resolved that the golden chain of Yiddishkeit must be transmitted to the next generation, despite the danger to his young family.

In her new book, A Little Boy Named Abbale, Mrs. Majesky draws on her own father’s upbringing, to bring the story of Mesiras Nefesh to the next generation.

This tale weaves together the past and the future giving young children a tangible way to hold on to the golden legacy that is theirs. In a time when Yiddishkeit and Chassidishkeit are so easy to access, it reminds young children of the great dedication that came before this generation; that we stand on giants’ shoulders.

This book tells the story of every family that traces its roots to Communist Russia. The Mesiras Nefesh depicted in this inspiring tale is the shared legacy of thousands of Torah – true families across the globe, today.

“I was inspired to write this book because I feel that children should know where we come from,” Mrs. Majeski told Anash.org. “I feel they must understand their rich legacy and the mesiras nefesh of past generations that our comfortable lives are built upon and that this understanding will hopefully empower them to overcome the nisyonos that we face will all the comforts and lifestyle that we live in these last moments of golus.”

She says she decided to write the book after seeing that there were no children’s book that focus on this particular mesiras nefesh- the mesiras nefesh of Russia.

“There are children’s books on the Holocaust and other difficult times, but I haven’t seen the mesiras nefesh of Russia explained to young children. Children learn about Chanukah and how they had to hide to learn Torah – they should understand that their own Zeides did the same thing,” she said.

The book is mainly geared toward children aged 5-8, but it can be read to younger children and older kids can enjoy it as well, the author says.

Click here to purchase the book (softcover) on Amazon.