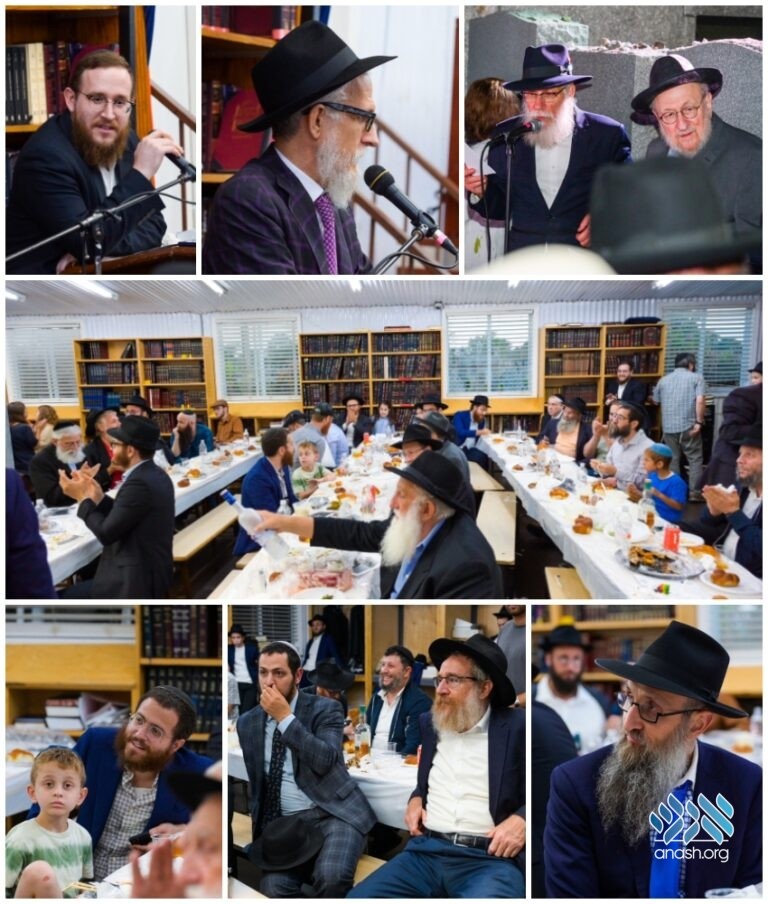 The 32nd yartzeit of Rabbi Yaakov Yehuda “JJ” Hecht was marked by friends and family at an event hosted near the Rebbe’s Ohel on Thursday evening.

The 32nd yartzeit of Rabbi Yaakov Yehuda “JJ” Hecht was marked by friends and family at an event hosted by the Hecht family and NCFJE near the Rebbe’s Ohel on Thursday evening.

Rabbi Hecht was a pioneer in Jewish outreach, and founded over 50 religious and humanitarian organizations dedicated to helping Jews in need. He was a prominent radio personality and fiery orator, gaining a worldwide reputation for his distinct style of speaking, unflinching approach to challenges facing the Jewish people, and inspirational messages which well-resonated with twentieth-century Jews.

He was a father figure to thousands of girls who spent their summers in Camp Emunah, the overnight camp he started in 1953 and is currently celebrating its 70th season. He spearheaded efforts to save thousands of Iranian children during the revolution in 1979 by providing student visas and caring for them once in America. Above all, he was wholly dedicated to the Lubavitcher Rebbe and served as his official translator, ambassador, and right-hand man, and of course was well-known as the inimitable MC of the Lag B’Omer parades and children’s rallies.

The highlight of the evening was the launch of the long-anticipated biography chronicling the life and times of Rabbi Hecht written by his granddaughter, Esther Leah Tenenbaum in association with his grandson, Rabbi Shimon Sabol.

As in years past, a Siyum was broadcast from the gathering, following the Rebbe’s request that there be a public siyum made during the 9 days, and extending through the 15th of Av in association with Rabbi Hecht’s yahrzeit.

After Mincha and Maariv prayers will be recited both at the Rebbe’s Ohel as well as at Rabbi Hecht’s gravesite. Followed by a seudas yahrzeit.