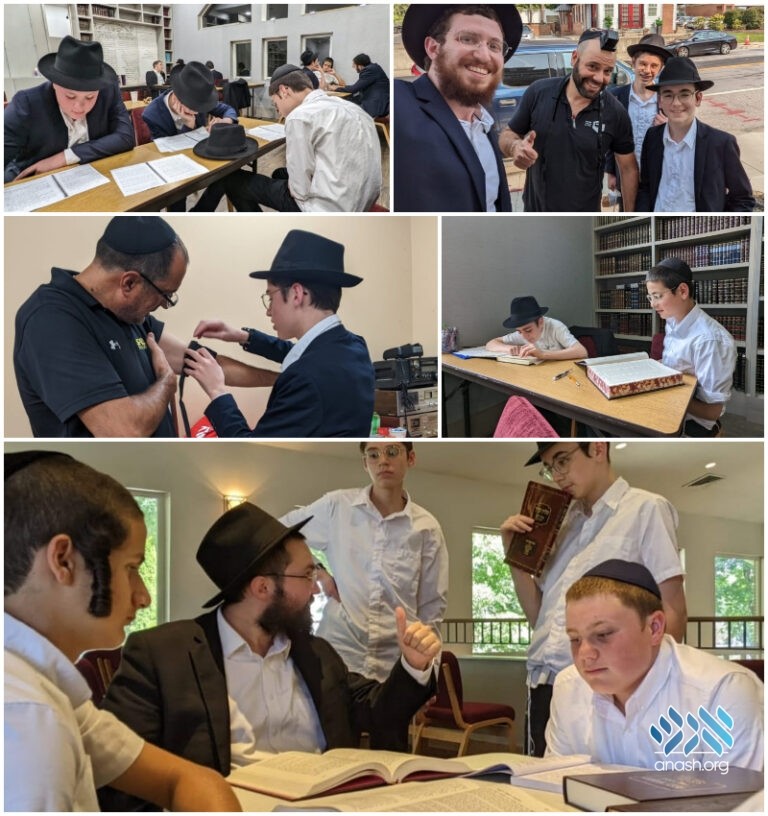 Baltimore’s all-new Lubavitch Mesivta has concluded its first Zman with tremendous hatzlocha. The yeshiva’s first Zman was full with chayus in learning and davening, and many opportunities for growth and preparation for the Yomim Noraim.

Baltimore’s all-new Lubavitch Mesivta has concluded its first Zman with tremendous hatzlocha. The yeshiva’s first Zman was full with chayus in learning and davening, and many opportunities for growth and preparation for the Yomim Noraim. They had numerous farbrengens with various mashpieim, including farbrengens by head shliach Rabbi Shmuel Kaplan; Rabbi Nochum Bukiet, mashpia of Baltimore’s Yeshiva Gedola, and Rabbi Raichik, shliach in Gaithersburg, Maryland.

In addition, the talmidim are very involved in mivtzoim throughout Baltimore, having a very positive impact on many people. The yeshiva traveled with the hanhola to New York to be in 770 for Rosh Hashanah with a full seder for davening and learning. The students had comfortable accomodations and yomtov meals arranged in homes of families in Crown Heights. The yeshiva also recently began Mivtza Torah, a program encouraging the talmidim’s involvement and chayus in the Rebbe’s sichos.

Launched at the beginning of Elul in Baltimore’s upscale Greenspring neighborhood, the yeshiva’s impact is felt throughout Baltimore’s frum community, with many Anash families hosting the talmidim for shabbos meals.

The hanhola of the yeshiva has expended great effort in overseeing every detail of the gashmius and the ruchnius of the yeshiva to be at its very best. The yeshiva dormitory is in a newly remodeled and furnished home, adjacent to the yeshiva’s newly-built beis medrash with a fully-stocked library of sifrei nigleh and chassidus, and a newly-built state of the art mikva.