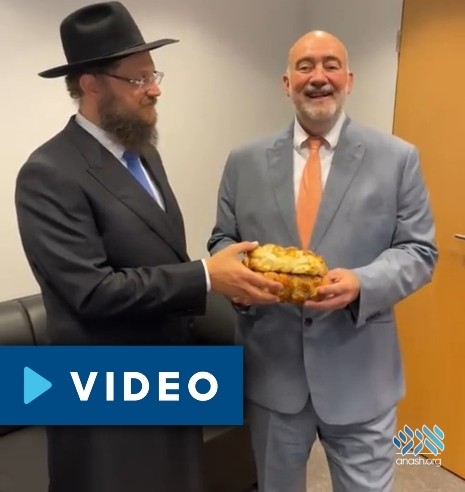 “Ambassador Prosor is an Illustrious personality that has done great things for Israel and the Jewish people. May God bless him with great success and all his endeavors.”

Prosor said he considered the appointment as a “closing of a circle,” as his father, Uri, was born in Berlin, not far from where the Chabad Center is located.

Proser has experience in Germany as he was the spokesman of the Israeli Embassy in Bonn, the capital of West Germany, when the Berlin Wall fell, and was instrumental in building Israel’s relations with the states that had been part of East Germany.