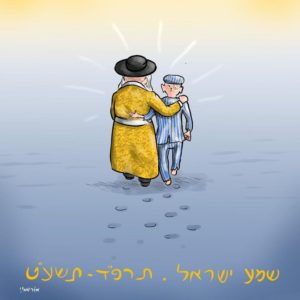 The cartoonist Oriel today penned this poignant and meaningful cartoon. It depicts the Kaliver Rebbe, who passed away this morning, and a concentration camp inmate, walking along, arm-in-arm.

As previously written, the Kaliver Rebbe never forgot the horrors of the Holocaust or its victims. He was responsible for much of a more Torah’dig outlook and portrayal of Holocaust Heroism.