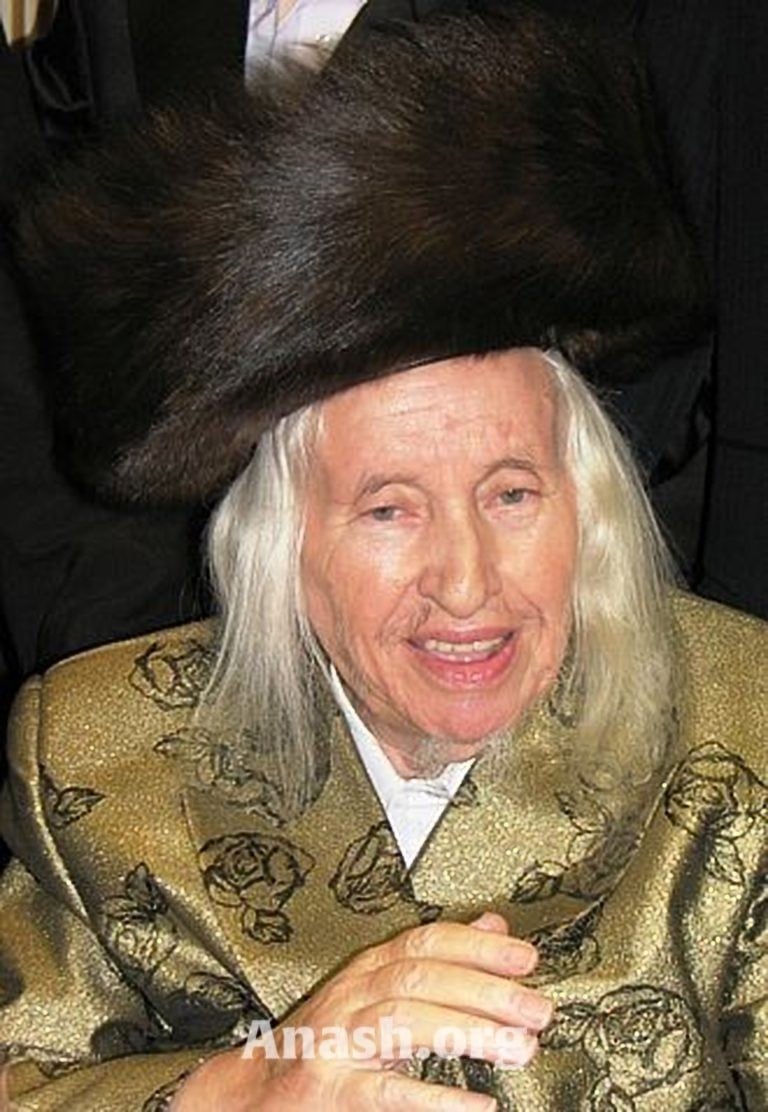 Jews the world over were saddened to learn this Isru Chag Sunday that the Kaliver Rebbe, Rabbi Menachem Mendel Taub, last of the pre-war admorim, passed away Sunday morning at the age of 95.

The Kaliver Rebbe, Rabbi Menachem Mendel Taub, was the 6th generation, ben-achar-ben of the holy Reb Yitzchok Eizik of Kaliv, a talmid of Reb Shmelke of Nikolsburg, talmid of the Mezritcher Maggid, and the one who was responsible for bringing chassidus to Hungary. Reb Aizik’l Klaiver, as he was known, passed away on 7 Adar, the day of the petirah of Moshe Rabeinu. Hungarian Jews by the thousands would flock to his tziyun on that day.

He was born to this father Reb Yechiel Yehuda Taub, who was a Rebbe in Rozla and Margareten in Romania, in 5684/1923. In 1939, when he was 15, his father passed away. During that period Margareten, or Margita in Hungarian, was transferred back to Hungary. In 1944 the Nazis yms”h invaded Hungary and young Menachem Mendel was deported to Auschwitz, along with his mother and 7 siblings, who perished, hy”d. He survived together with one sister. During his time in Auschwitz, he was r”l the subject of chemical and medical experiments, which were evident on him for the rest of his life.

B’chasdei Hashem, he survived the war and managed to emigrate to America, where he first settled in Cleveland. For years he was a melamed, teaching Yiddishe children all about Torah and mitzvos. He later moved to Bensonhurst, Brooklyn, and in 5723/1963 went up to Eretz Yisroel, where he first settled in Rishon LeTzion, then in Bnei Brak, and then in 5762/2002 in Shikun Chabad in Yerushalyim, where his shul is right next to main Chabad shul in Shikun Chabad.

The Kaliver Rebbe was in yechidus by the Rebbe several times over the years. He was very often seen at major Chabad events in Eretz Yisroel. Most years he would join the grand Siyumei HaRambam and speak with great enthusiasm about the Rebbe and Chabad activities.

Over the years in Eretz Yisroel, he was very involved in bringing Jews to closer to Yiddishkeit. One such campaign that he instituted was called בר בי רב דחד יומא, where unaffiliated yidden would come and spend an in-depth day learning, and thus become acquainted with yiddishkeit.

In recent years the Kaliver Rebbe had been active in publicizing the heroism of frum Jews during the Holocaust. He was in midst of compiling an encyclopedia of such acts of heroism by Charedi Jews, as well as a museum dedicated to that cause. In his words, Yad Vashem and other such outlets and publications failed to show the heroism of frum Jews, who had mesiras nefesh for Torah and mitzvos during the most difficult times.

He was the one that instituted that “Shema Yisroel” be recited at all major gatherings, such as a siyum hashas, etc., in memory of the 6 million kedoshim who died during the Holocaust.

In 5774/2014, a large-scale commemoration, marking 70 years since the deportation of Hungarian Jewry to Auschwitz. The main event was a march to the Danube River, where thousands were drowned by the Hungarian Fascists. Many, many Rabbonim and community leaders attended the event, lead by shliach Rabbi Borch Oberlander. The Kaliver Rebbe sang the nigun, Szól a kakas már, a Hungarian tune that his ancestor Reb Aizik’l Kaliver composed, that speaks of yearning for Moshiach and one that was very well-known within Hungarian Jewish communities.

His first wife, the former Sarah Shifra Shapira, daughter of Reb Pinchas of Kechnia, predeceased him in 5772/2012. He had been engaged to her before the war. They met again in Sweden as refugees after the war and got married. He later married the former Mania Melnick. He is survived by his Rebbetzin and by his sister, Rebbetzin Sheinfeld of Kiryat Herzog in Bnei Brak.

At the levaya today at Har Hamenuchos in Yerushalayim, his wife’s grandson, Rabbi Yisroel Mordechai Yoel Horowitz, just 28 years old, was named as his successor.