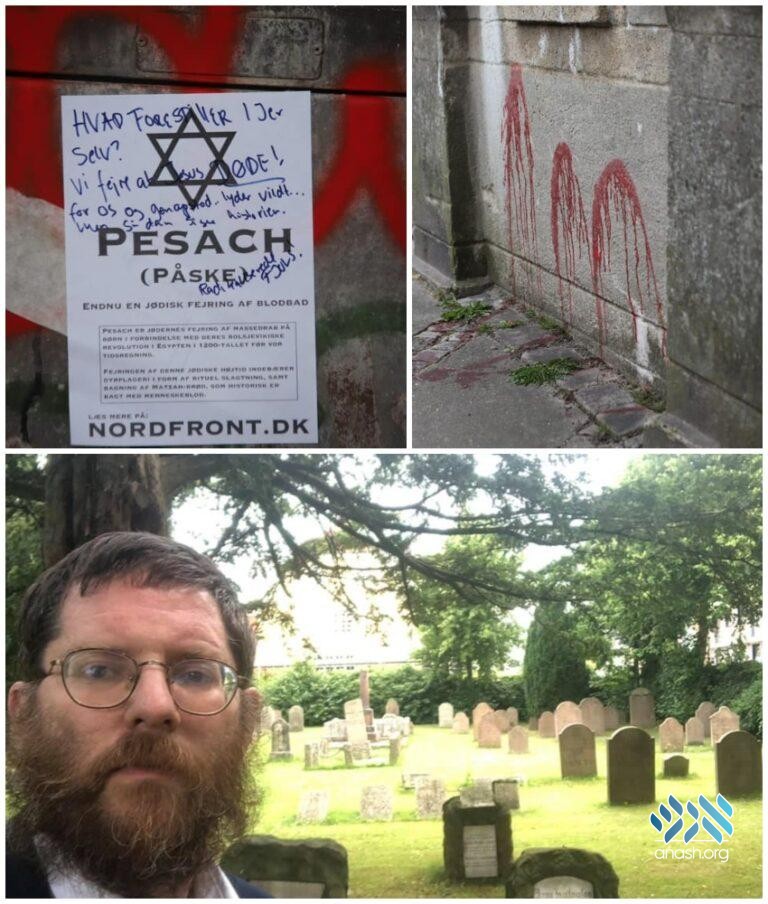 A shocking antisemitic incident took place in Denmark, where baby dolls covered in red paint along with anti-Jewish leaflets were thrown at the Jewish cemetery during Pesach.

Baby dolls with red paint were left outside at the Jewish cemetery in Aalborg Denmark, along with leaflets saying that Pesach is when Jews celebrate killing others and make Matzas with children’s blood.

The leaflets claimed an affiliation with a group called ‘Nordic Resistance Movement’, a neo-nazi group in the Nordic countries known to be revolutionary and militant.

The group’s website highlighted the vandalism at the cemetery on its front page, featuring a photo of the blood-covered dolls and the fake blood on the cemetery wall.

Local police officials said an investigation was underway and that the incident is being investigated as a hate crime.

Rabbi Yitzchak Loewenthal, the Shliach to Copenhagen, Denmark called the incident a “Modern-day blood libel” and said he hopes the authorities will find the perpetrators and prosecute them.

“It is tragic that age-old lies are still being used to attack Jews,” Rabbi Loewenthal said. “As we finish the holiday of Pesach, we go forward knowing that with light and positivity, as proud Jews, we shall overcome the darkness, both ancient and modern. Am Yisroel Chai.”

This is not the first time that Jewish cemeteries in Denmark have been vandalized. In October last year, two men were found guilty of racist vandalism against Jewish graves at a cemetery in Randers, Denmark in 2019.

The two men had overpainted 84 headstones, overturned six, and put a Star of David with the text ‘Jude’ on one of them.