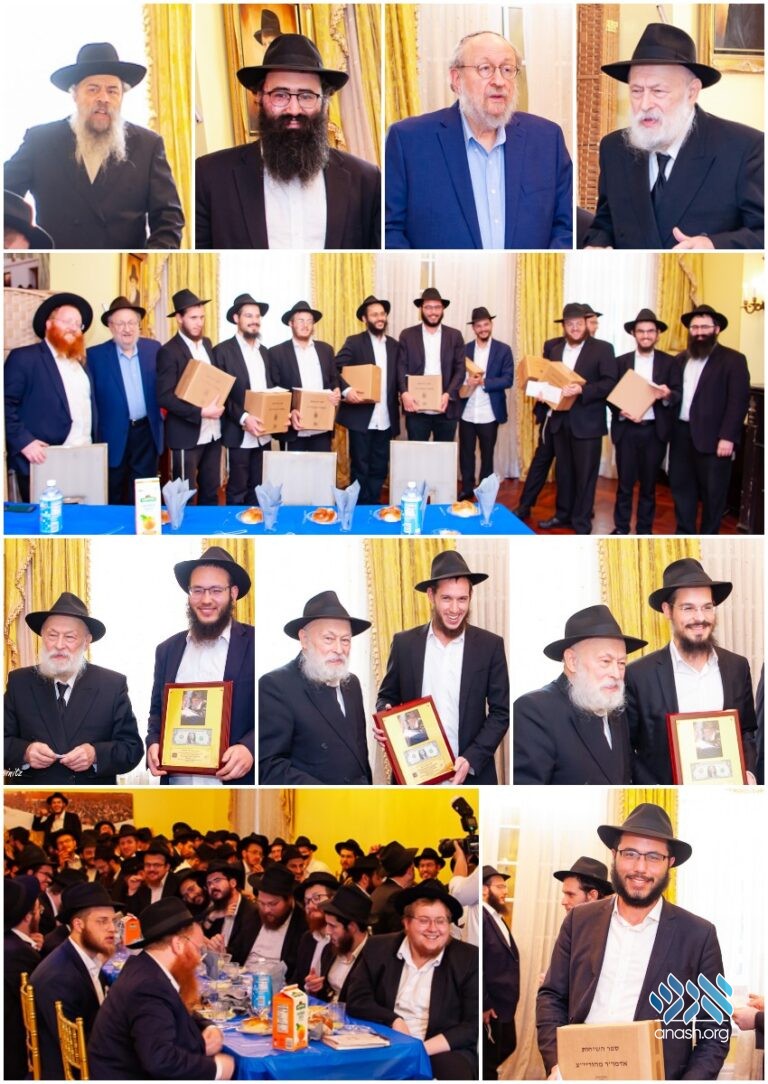 Bochurim who dedicated their Wednesdays to ensuring that public school children learned and experienced Yomtov, while giving up their own personal Yom Tov experiences on those days, were thanked at a lunch event on Tuesday.

Bochurim who volunteer for Released Time showed unusual dedication over the past month of Tishrei, spending their Wednesdays ensuring hundreds of Public School children learned and experienced Yomtov, while giving up their own personal Yom Tov experiences on those days.

Rabbi Sholom Ber Hecht, CEO of the NCFJE, told the volunteers how Released Time is the NCFJE’s pride and most important part of the organization. He shared with them how when he and others often meet people who talk about the effect that it has had on their lives, strengthening their Jewish pride and observance. They still remember their teachers, years later.

Rabbi Shazak Zirkind and Rabbi Sholom Ber Hecht shared a few words as well, offering tips and suggestions on how bochurim can improve their lessons.

Finally, the bochurim who volunteered on Simchas Torah were presented with a set of the Frierdiker Rebbe’s Sefer HaSichos. They did not expect the gift and expressed how touched they were to have their efforts recognized.
Rabbi Krinsky then presented each of the four bochurim who volunteered on each of the three Wednesdays that were Yomtov: erev Yom Kippur, the second day of Sukkos and Simchas Torah, with a dollar that the Rebbe framed on a plaque, that had given to Rabbi JJ Hecht for the NCFJE.

Rabbi Yehoshua Shneur told Anash.org that one of the bochurim who received a dollar mentioned how difficult it had been for him to leave Crown Heights for Simchas Torah.

“He wasn’t planning to go,” Rabbi Shneur said. “But then another bochur cancelled, so he forced himself to go so that the program shouldn’t fall through. It was extremely hard for him to pull himself away from 770 – the mesiras nefesh was beyond. Now that he got the dollar from the Rebbe, he felt it was all worth it!”

Among Released Time’s goals for this year is to upgrade the Shabbaton and Day Camp experiences, which will be led by Yanki Hecht.