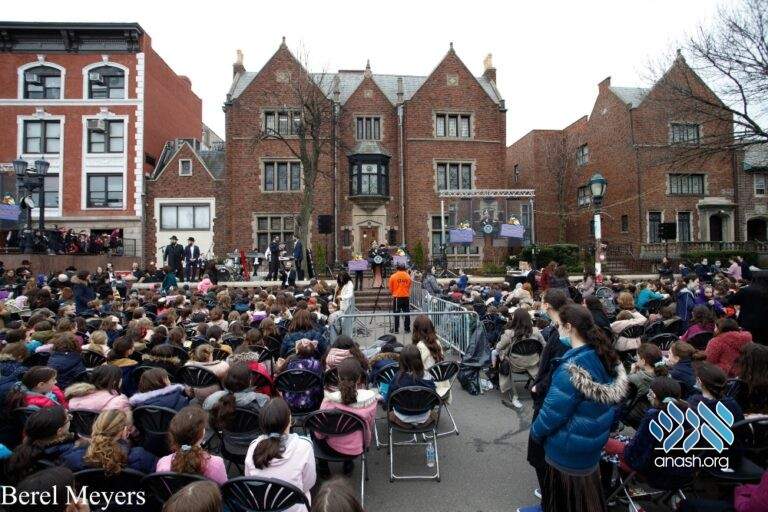 Ahead of Lag B’Omer, NCFJE released a statement saying that they would be holding a Lag B’omer rally in front of 770 for Crown Heights children, in accordance with their understanding of the Rebbe’s words.

Ahead of Lag B’Omer, NCFJE released a statement saying that they would be holding a Lag B’omer rally in front of 770 for Crown Heights children, in accordance with their understanding of the Rebbe’s words.

The rally usually takes place in a local park, but due to COVID regulations, is unable to take place there and will take place in front of 770 instead.

“In the 1980’s when the community had grown in size, Rabbi Hecht composed a note to the Rebbe asking if it would be proper to hold the Lag B’Omer rally on the street outside of 770. The Rebbe’s response was that it would not be proper, as it may cause people to compare the rally to past parades, and rather than draw the conclusion that the reason it is smaller is due to Lag B’Omer not being on Sunday and therefore the students of Public School not being in attendance, they would draw other (erroneous) conclusions,” they wrote.

“Historically, Crown Heights generally did not hold a parade when Lag B’Omer was not on a Sunday, which may be puzzling to some people, especially knowing the encouragement the Rebbe gave to annual parades in other places, especially Israel. In this response the Rebbe gives a reason for this difference, citing a concern that applies to Crown Heights as opposed to other locations, such as Israel, which have a similar parade every year,” they wrote.

“In the years since, beginning with the rally on 11 Nissan, 5752, rallies for various special days have been held outside 770, perhaps echoing the strong desire of Chassidim to be close to our source of life. The Sunday parades have also evolved and are unlikely to be confused with a rally. We therefore host Lag B’Omer rallies outside of 770 when a park is not a possibility, such as this year due to Covid,” they wrote.

They said that any other Lag B’omer programs in Crown Heights are being done independently, and are not connected to NCFJE.

See below for full statement.