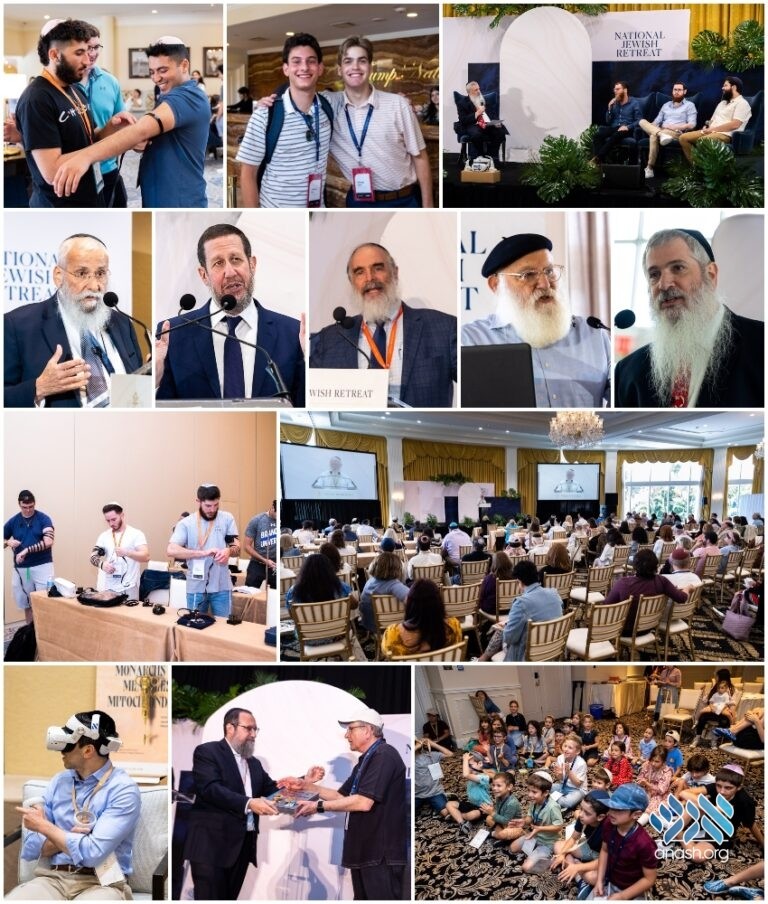 A thousand plus Jews are kicking off the National Jewish Retreat’s kaleidoscope of informative and inspirational sessions while enjoying the Doral Hotel’s luxurious amenities.

Over a thousand Jews from around the world arrived in Miami on Tuesday to treat their mind, body, and soul at the National Jewish Retreat. After settling into the Doral Hotel’s lush surroundings, participants dove into a whirlpool of informative, heartwarming, and hands-on sessions at three pm.

It’s the biggest year yet for the National Jewish Retreat, and record numbers of the Jewish world’s top presenters are on hand. Some only had to drive across town, like Rabbi Shalom Lipsker, who spoke about his communities reaction to the tragedy of the surfside towers. Others, like Rabbi Yitzchok Schochet and the IDF’s Search and Rescue Commander Col. Golan Vach, flew in from as far as England and Israel.

Before Tuesday was over, there had already been eleven sessions. And on Wednesday morning, after Shacharit and guided prayer for beginners, the day’s kaleidoscope of thirty-six sessions kicked off with a bang.

For the more intellectually inclined, there were sessions on Jewish medical ethics led by Professor Rabbi Edward Reichman, MD, Judaism and Free Speech presented by Rabbi Dovid Eliezrie, and a discussion on the role of Jewish women led by Mrs. Rochel Holzkenner. For those who appreciate interactive activities, there was Mrs. Sara Schwartz’s Art Workshop and a virtual reality tour of the Beis Hamikdash. And then, there were roundtable discussions on grief and resilience, the power of community and connection, suicide prevention, and even a humorous look at the lives of Chabad Shluchos.

After treating their mind and soul, retreaters decompressed amid the hotel’s luxurious amenities, and a fair number of them caught a game of golf on the hotel green. The gourmet kosher cuisine too was a standout feature; the program served up healthy and savory meals for breakfast, lunch, and dinner.

Wednesday night, the day’s program wound down with a soulful kumzitz with Rabbi Mendel Kalmenson. Although the attendees had come from the earth’s four corners, sitting together singing songs and listening to stories, they could have been old friends. And this has just been the beginning!