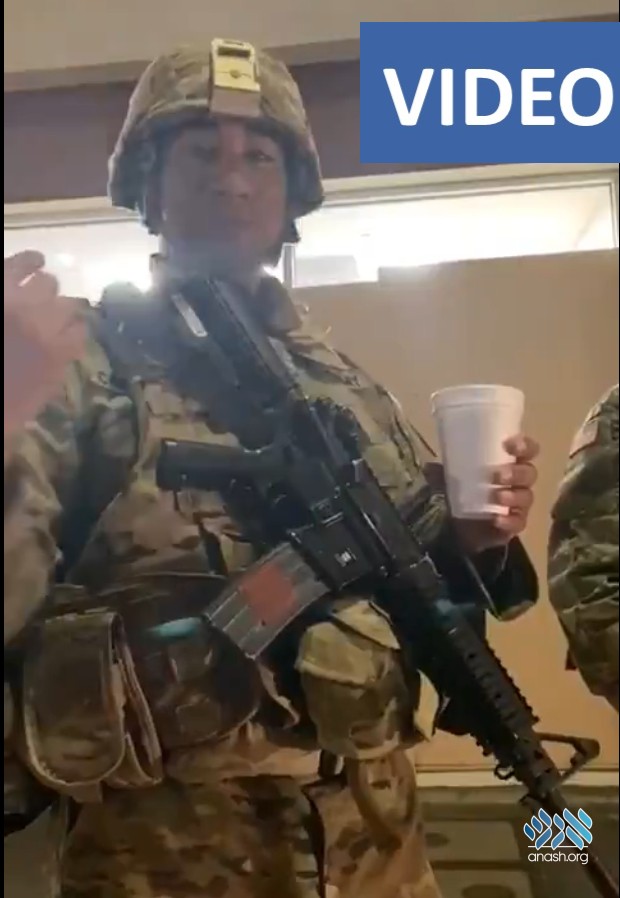 A National Guardsman deployed to Los Angeles hasn’t had much experience with the Jewish community, but his first encounter made an incredible impression.

A National Guardsman deployed to Los Angeles hasn’t had much experience with the Jewish community, but his first encounter made an incredible impression.

Los Angeles Mayor Eric Garcetti brought in the National Guard after the protests over George Floyd’s murder descended into vandalism and rioting, during which many Jewish stores were damaged and numerous shuls were vandalized. According to one estimate, 75% of the Jewish-owned businesses in the La Brea area were vandalized.

With the deployment of the National Guard, the rioting was brought under control, and many in the Jewish community wanted to express their appreciation. Many brought over pastries and treats, and other brought cards or thank you letters.

On one such late night visit to thank the guardsmen, one community member met a guardsman who said he hadn’t met many Jews before, but his encounters over the recent days left him in awe.

“Ever since I got here I noticed that you guys loved us,” the guardsman said, “We got cookies, we got coffee, doughnuts, you guys stop by just to say ‘hi’, I’m really amazed.”

The officer also singled out the nearby Chabad of Melrose, headed by shliach Rabbi Yosef Fine, for praise, saying it was open for all the officers’ needs.

“The police pick us up and bring us to the Chabad to use the restroom, and it is open for us at all times. You guys saved our lives,” he said with a smile.