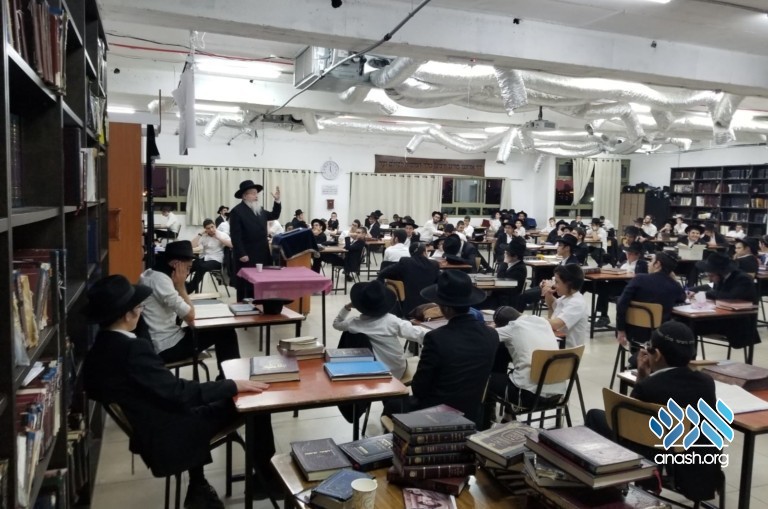 Thousands of yeshiva students in Israel, including many in Chabad Yeshivos, have fallen ill with a mysterious flu-like illness. Some reports indicate that the virus may have spread to the United States.

Thousands of yeshiva students in Israel, including many in Chabad Yeshivos, have fallen ill in recent weeks with a mysterious virus with symptoms of high fever, stomach pain, cold symptoms, and especially severe weakness.

In Tomchei Temimim Kfar Chabad, a significant percentage of students have been infected and are recovering at home. Most of the infected students had been tested for the coronavirus but received a negative result.

The virus, which began before Chanuka in some yeshivos and others more recently, has hit yeshivos in Yerushalayim, Bnei Brak, and Elad as well as in Kfar Chabad. The virus has hit all types of yeshivos – Litvak, Sefardi, and Chassidish as well as Dati Leumi yeshivos on yishuvim and in towns and cities.

The yeshivah that seems to have been hit the worse is Yeshivas Torah B’Tifarta in Elad, where over 240 bochurim have fallen ill, with many suffering from high fever. A number of other Yeshivos have reported over 100 cases each.

In response to questioning from Knesset Member Uri Maklev, a representative from Israel’s Ministry of Health claimed that there is simply no connection between the new virus and the coronavirus except that both nest in the respiratory tract.

Some unconfirmed reports claim that the virus may have spread to the United States as well, with hundreds of bochurim in Williamsburg, Kiryas Yoel, Monroe, and Lakewood falling ill to a mysterious virus.