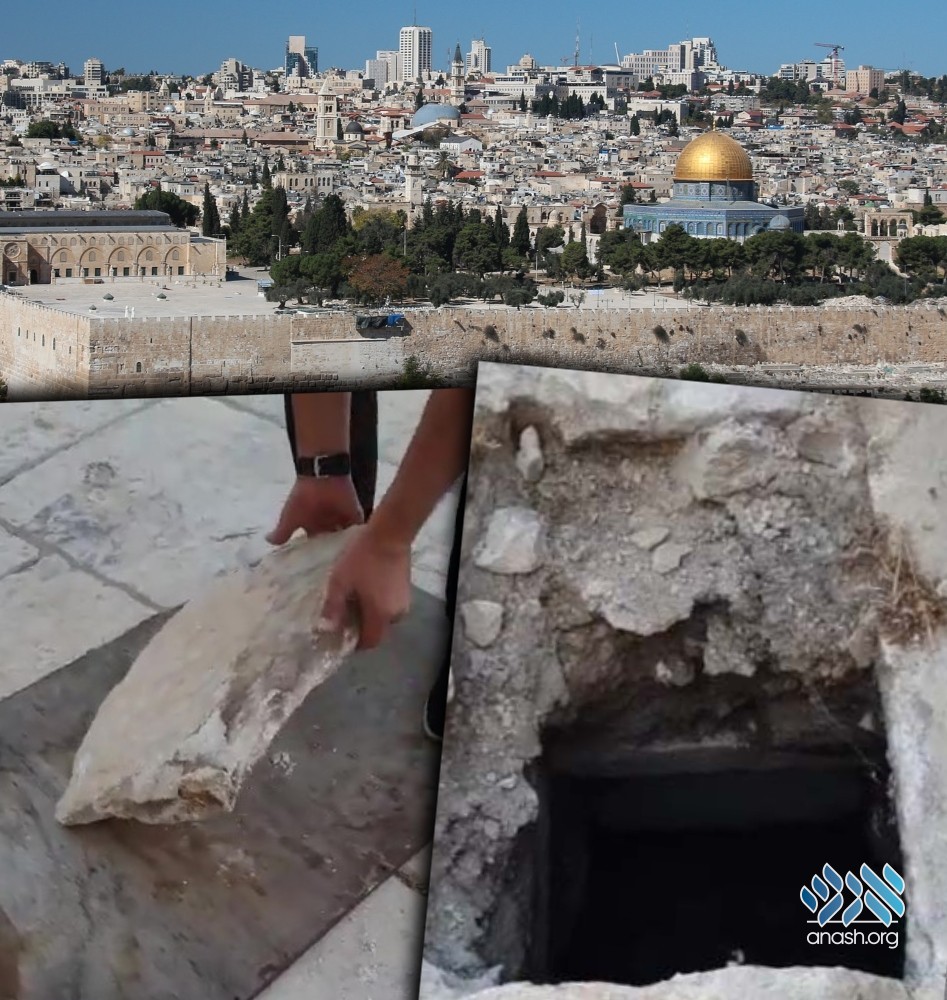 A new pit was uncovered on Sunday on the southern side of Har Habayis when a floor tile collapsed into it, raising political and halachic question regarding excavations and sealing the hole.

A new pit was uncovered on Sunday on Har Habayis when a floor tile collapsed into it, the Jewish Press reported. The large hole, which may reveal significant treasures, is located on the southern side of the Temple Mount compound, close to the wall.

Israel Police informed the Israel Antiquities Authority regarding the unusual development, and Jews who are loyal to the preservation of the compound are urging the IAA to investigate the contents of the pit and the reason for its sudden opening.

Assaf Fried, a spokesperson for the Mate Hamikdash (Temple Headquarters) organization, called on Israeli authorities to prevent the Muslim Waqf from sealing the new opening by “pouring rough and destructive concrete,” as it has done in similar cases in the past.

The IAA “must conduct an orderly rescue excavation at the site and disclose its contents to the general public,” Mate Hamikdash demanded.

“The Temple Mount is the microcosm of the world of antiquities. Every square foot on the Temple Mount bears first-rate national importance,” Fried told Tazpit.

“The finds on the mountain reflect 3,000 years of Jewish activity in the place, and every pit dug in the place can shed light on thousands of years of Jewish history,” Fried explained. “Whether it is a cistern from the days of Herod, or an opening of a cave from the days of King Solomon, the escape caves he built at the bottom of the mountain, among other things to hide the Ark of the Covenant during a hostile attack.”

The Muslim Waqf has been conducting extensive renovations at the site, which some speculate caused the exposure of the pit. Sifting of tons of earth the Waqf had removed and dumped illegally, and were appropriated by Israeli archaeologists and volunteers, has to date led to the revelation of half a million artifacts that at one point stood at the Temple Mount compound, from the 10th century BCE to well into the Middle Ages.