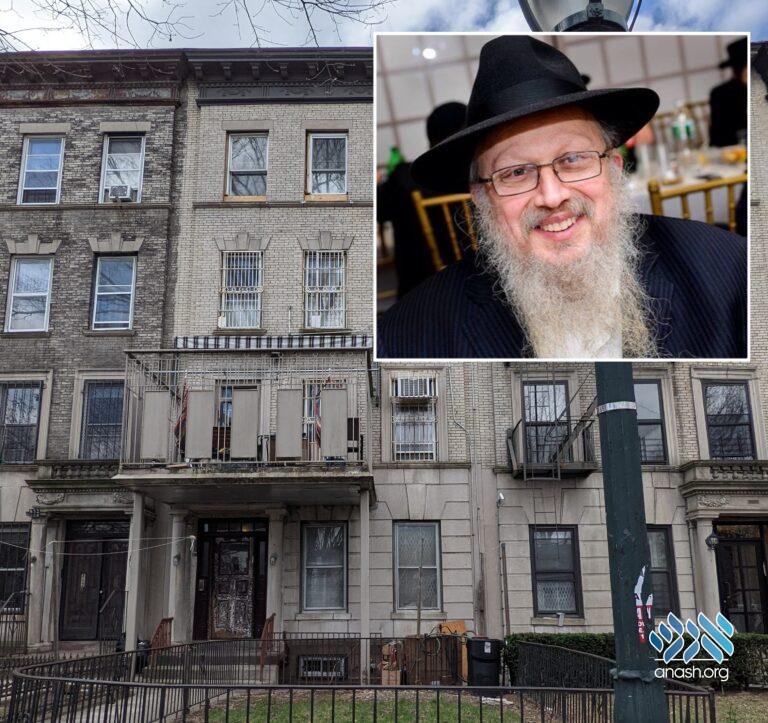 My sister Riva Kiplinsky, was born in Paris in 5712 (1952) and came to America at the age of a year and a half. While technically she was an American girl, she and my other European siblings, were everything but American. They showed us, the American part of the family, that you can have friends who appreciate that you are keeping higher standards of kashrus etc.

So our house in Detroit, Michigan, was like a house in the Alte shteitel. Everyone brought their friends/classmates over and the girls and boys saw a Chassidishe house for the first time in their life.

Our father Rabbi Meir Avtzon, would Shecht plenty of chickens for the family, and she together with my other sisters would help our mother soak, salt and Kasher them.

While all Detroiters knew that the Gasthalter’s (Yes that was our name until, our parents became American citizens and began using their real surname) house was the unofficial Hachnasas Orchim house and many Meshulachim and others slept in our ‘large’ three bedroom house; there was another aspect of their taking care of others, that isn’t so well known.

There were many people who had no one to help them and they often availed themselves to our mother for help or to have a listening ear, or for some of her delicious food. Included in this group were a few elderly widows, who desperately wanted some company.

Riva (and Yibudel Lchaim Tovim Aruchim Dinah) would often sleep over at their house, just to ease the burden of another Jew.

When she began working in New York, she would utilize her time on the train to needle point. A fellow passenger once noticed her almost completed picture frame and offered a substantial amount for it. However, she replied, I am making this as a present to my parents and that Mitzvah is not for sale.

This respect for our parents remained throughout her life. She was totally given over to caring for our father while he lived at 760 Eastern Pkwy as well as when he moved into her sisters houses. Towards the end of his life our father lived in her house.

Around 10 years after her marriage to Rabbi Nochum Kaplinsky, she opened up a playgroup for young children. Before opening up her playgroup she wrote to the Rebbe for a Brocha. She told the Rebbe that she feels that she can give them the Ruchnius and Gashmius that they need and the love they deserve.

Rabbi Binyomin Klein, the Rebbe’s secretary called her and told her to come to the office he wanted her to see the Rebbe’s answer. The Rebbe had underlined Ruchnius and Gashmius once and the love they deserve twice.  She imbued such a strong Chassidishe Chinuch that was a foundation to the precious Tinokos Shel Beis Rabban that she so lovingly taught. The children and parents were so happy there. Parents said they felt that dropping off their child by Morah Riva was like dropping a child off by their Bubby for the day!

On a personal note, when I was a Bochur, I wanted to invite one of my close friends from Mivtzoyim to come and celebrate Simchas Beis Hashoeiva. Riva graciously made dinner for the couple and they maintained a friendship ever since.

This couple had adopted a child as they had not been able to have their own children. Then with a Brocha from the Rebbe they had their own healthy baby boy. They were uncomfortable to make a Pidyon Haben as they had an adopted older son. Riva cooked and hosted the Pidyon Haben in her home. After the Pidyon Haben they went together to the Rebbe for Dollars. Her genuine warmth was the charm to them just as she cared for her young and tender students.

Her love and closeness to her children is evidenced by the love and devotion Tzivia, Mordechai Eliezer and the other siblings gave her, especially during this past year as she battled her illness.

May the family know of no more sorrow and may we merit speedily when those who interred arise.

Rabbi Avtzon is a veteran mechanech and the author of numerous books on the Rebbeim and their Chassidim. He can be contacted at avtzonbooks@gmail.com