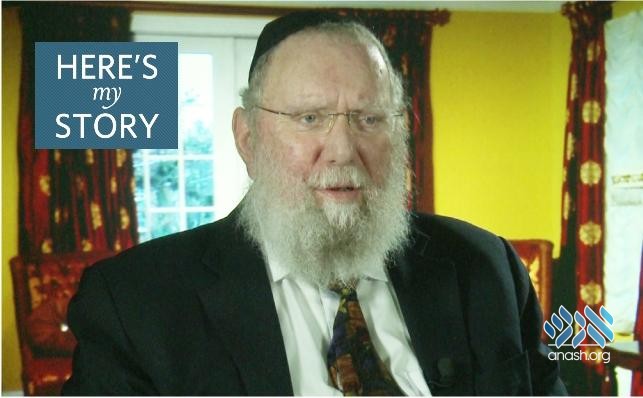 An acquaintance of Rabbi Yitzchak Wineberg asked him to request a blessing from the Rebbe for his non-Jewish wife, he was surprised when the Rebbe asked for her mother’s name.

Rabbi Yitzchok Wineberg served as director of Chabad of British Columbia based in Vancouver, Canada, for over four decades. He was interviewed in November of 2018.

As a Chabad emissary in Vancouver, I made it a weekly habit to visit the electronics business of two of my supporters and friends — Carl Stein and Ben Tessler — in order to study Torah with them. During those sessions, the conversation often turned to the Rebbe and the power of his blessings.

It so happened that they had an in-house lawyer, a Jew named Brian Kershaw. One day in 1976 or 1977, Brian asked me, “Does the Rebbe bless non-Jews as well?”

“My wife is sick,” he said. “And I would like you to ask the Rebbe for a blessing for her recovery.”

A week or ten days later when the letter arrived in New York — this was before the advent of fax machines — I received a phone call from the Rebbe’s secretary, Rabbi Binyomin Klein, with the message: “The Rebbe would like to know her mother’s name.”

“But she isn’t Jewish,” I replied.

“I know,” Rabbi Klein said, “but the Rebbe asked for her mother’s name.”

So I called Brian, who told me that his mother-in-law’s name was Anna but, just like me, he was puzzled by the Rebbe’s request and he communicated this to his wife. She ended up calling her mother, who lived in France, and asking her, “Do you have another name besides Anna?”

“Why are you asking?” the mother wanted to know.

When she heard about the Rebbe’s request, she suddenly became very quiet. Then she said, “He must be a very holy man.” She went on to confess to her daughter that she was born to Jewish parents and that, as a child during World War Two, she was hidden in a monastery. After the war ended, she didn’t return to her Jewish roots, but ended up marrying a French Catholic and leading a Christian life.

“My real name is Chanah,” she told her daughter. “I am Jewish and so are you.”

Somehow, the Rebbe knew the truth — that all along Brian was married to a Jewish woman.

About ten years later, another incident took place which again demonstrated the Rebbe’s extraordinary ability to see and know what others could not.

In 1987, my mother came from New York to visit my family in Vancouver, and while she was staying with us, she suffered a heart attack. After she was hospitalized, my father called the Rebbe’s office for a blessing, but the message came back that the Rebbe had said, “I have already blessed her with a long life.” (I later learned that he was referring back to 1965, when he had given her that blessing.)

My mother passed away three days later. She was only sixty-seven.

We were all devastated and had a hard time squaring the Rebbe’s message with what had happened. But then, while I was out buying something, I ran into the surgeon who had operated on my mother. We started talking and he mentioned to me, “Your mother lived a long life.”

“How can you say that?” I responded. “She was only sixty-seven!”

“Yes,” he said, “but while she was in the hospital, I found that she had a heart defect. People who have this defect generally don’t make it past forty or fifty at most, especially women who bear children. Many die in childbirth or shortly thereafter. So your mother really did live a long life.”

I immediately called my father. Hearing this, he got very emotional. “Now, I understand what the Rebbe meant!” he said.

My mother was forty-two when she gave birth to my sister, her youngest child, and it was three years later that the Rebbe gave her that blessing for a long life. She lived another twenty-two years after that!