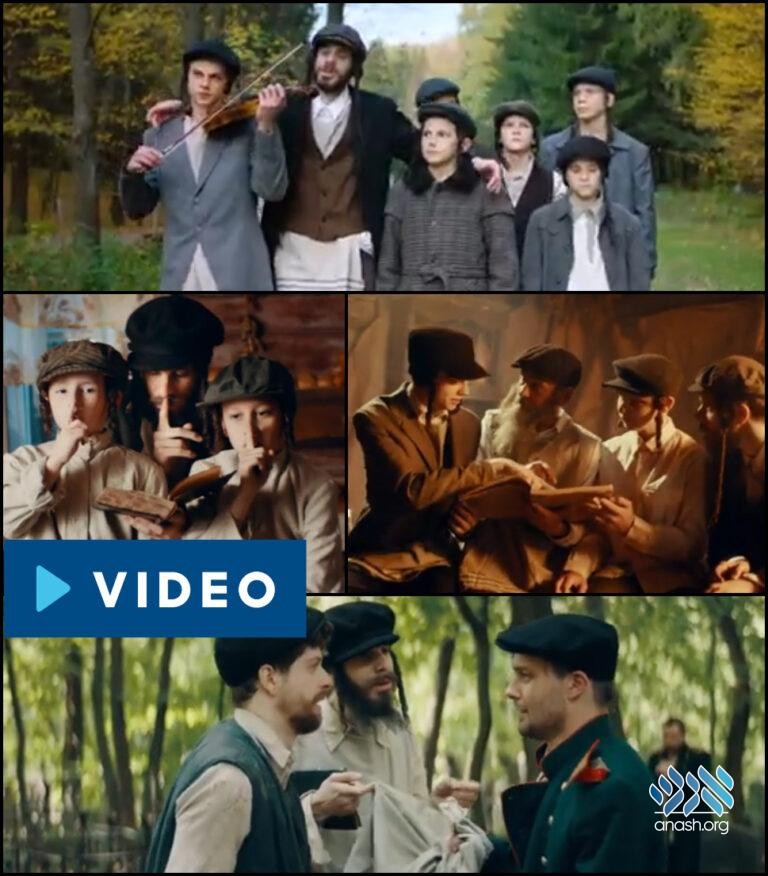 Watch: Singer Mendel Roth, who created the stunning ‘Mincha’ music video, is back with another incredible music video that tells the story of a Jewish family in Russia fighting to stay strong as Yidden.

After a very long period since his last musical production, singer Mendel Roth returns with a touching new song, accompanied by a music video unparalleled in Jewish music history.

The song, with words from Kapital 119 in Tehillim, is an expression of the pains of life’s hardships and upheavals. The music video released with the song briefly tells the story of the Jew in exile, the eternal Jew who goes through all the pains of two thousand years of exile and fights to remain faithful to the Jewish spark within him.

The clip tells the story of a Jewish family in Russia going through one crisis and upheaval after another. Losing their father, the abduction of Jewish children into the Russian army, a brother running away from the family, and a blood libel in the family bakery. All in all, it makes for an exciting plot of a Jewish family falling apart, but finally, after many years, reuniting around the Jewish symbols that accompanied the brothers along their way.