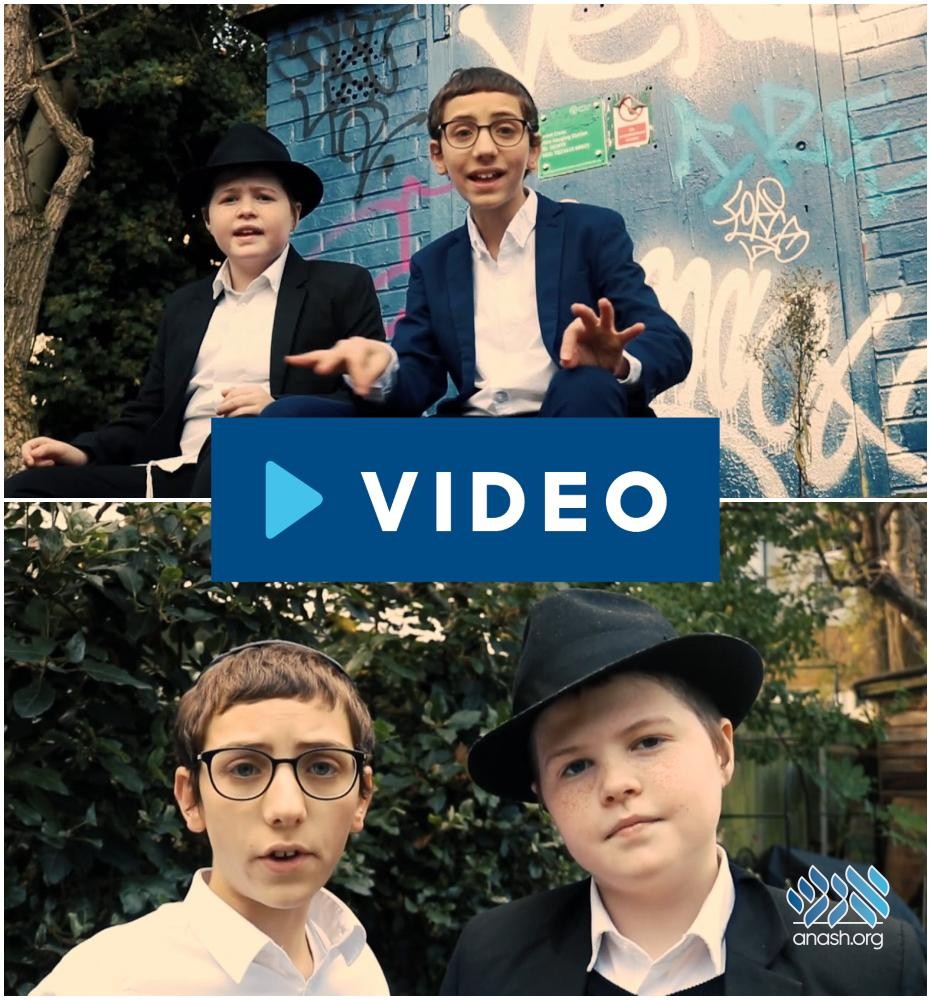 After a music video of his went viral, Meyer Shlomo Simon, a Young Shliach in London, teamed up with classmate Dovi Shur to begin producing a monthly music video singing the Chabad niggun and explaining the meaning behind the medley.

After 6 months of weekly Parsha videos, Meyer Shlomo Simon, a Young Shliach in London, released a music video with the niggun Ovinu Malkeinu in time for Rosh Hashona.

The video, featuring the heartful song, quickly went viral. Seeing the results, Meyer realized that there was a demand for high-quality niggunim videos.

Meyer decided that he would begin making a monthly video, singing a Chabad niggun and explaining the meaning behind the video. He teamed up with a classmate Dovi Shur and together they put out their first video, on the niggun of Tzomo Lecha Nafshi.

The music in the video is by Mendy Golomb, and the video was recorded at DC Studios by videographer Levi Simon, all young Lubavitcher boys, using their talents in a positive creative way.