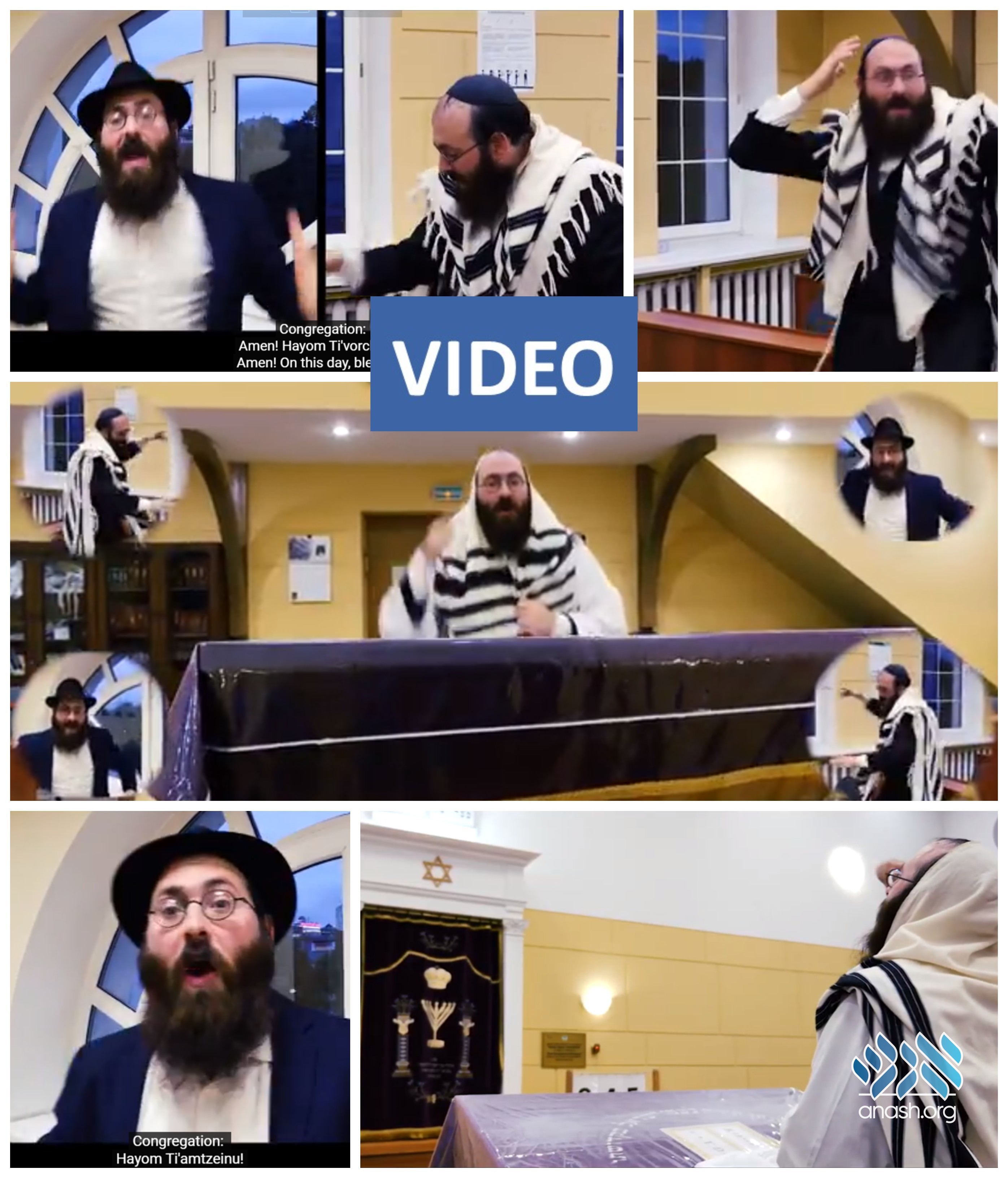 Watch a production of Hayom Ti’amtzeinu by Rabbi Shmuli Stiefel, shliach to Lipetsk, Russia, who is producing videos of melodies sung in shuls around the world, enabling viewers to bring them to their own communities.

Usually, upon entering a synagogue during prayer, one is struck by the inspiring prayers, interspersed with beautiful songs and melodies. As a shliach, however, I struggle to reproduce that atmosphere. How can I, if the crowd is unfamiliar with the lyrics and tunes?

To address this, I have begun a new project – producing videos of various Jewish melodies and prayers which are sung in synagogues the world over. This week is the sixth video I have made on my YouTube channel. Almost each week, I will BezH continue to release one song from the prayer book in a format conducive to singing along.

This melody is of the strongest, boldest and most joyous of melodies. It doesn’t build up slowly and gradually, but rather, it starts at the high note. The happiness it expresses doesn’t have questions or struggles, it just charges off from the highest point, forging ahead, unrelenting, determinedly forward.

This niggun dates back over 200 years, and was sung at the Hakafot of the first Chabad Rebbe, Rabbi Shneur Zalman of Liadi (1745-1813). It was a favorite of Reb Levi Yitzchok Schneerson (1878-1944), the father of the Lubavitcher Rebbe. He would sing it while dancing with the Torah on the holiday of Simchat Torah.

A scholar, mystic, teacher and communal leader, he was exiled in 1939 from his home and community in Yekatrinoslav to the remote, primitive village of Ch’ili in Kazakhstan. Food was scarce, and he was alone and isolated from all he knew, aside from his wife, Rebbetzin Chana, who selflessly journeyed there in order to assist her husband.

Rebbetzin Chana recorded in her diary how, when the holiday of Simchat Torah arrived, Reb Levi Yitzchok danced alone in their cramped, decrepit quarters, for hours, singing this glorious and joyous Hakafot Niggun. It is almost unfathomable how he was able to summon the strength to sing such a happy niggun in such challenging circumstances.

Continuing his father’s legacy, the Rebbe would dance to this niggun during hakafot in his synagogue in New York and would also often sing it at farbrengens.

In Chabad synagogues across the world, this tune is used to sing the hymn of Hayom Ti’amtzeinu at the end of the mussaf prayer on Rosh Hashana and Yom Kippur.

This niggun contains an important message for us: We all have times when we are down, things are falling apart, life feels glum and the future look bleak. We may feel isolated and alone, we may be lacking basic necessities.

But like Reb Levi Yitzchak Schneerson, the Rebbe’s father, we can still muster the strength to sing the type of song that is full of joy and hope, that starts right from the top, that allows no room for sadness. On these Days of Awe, instead of sinking into hopelessness or despair, we soar to the greatest heights with full strength and confidence that G-d will bless us all with a wonderfully sweet and happy new year!