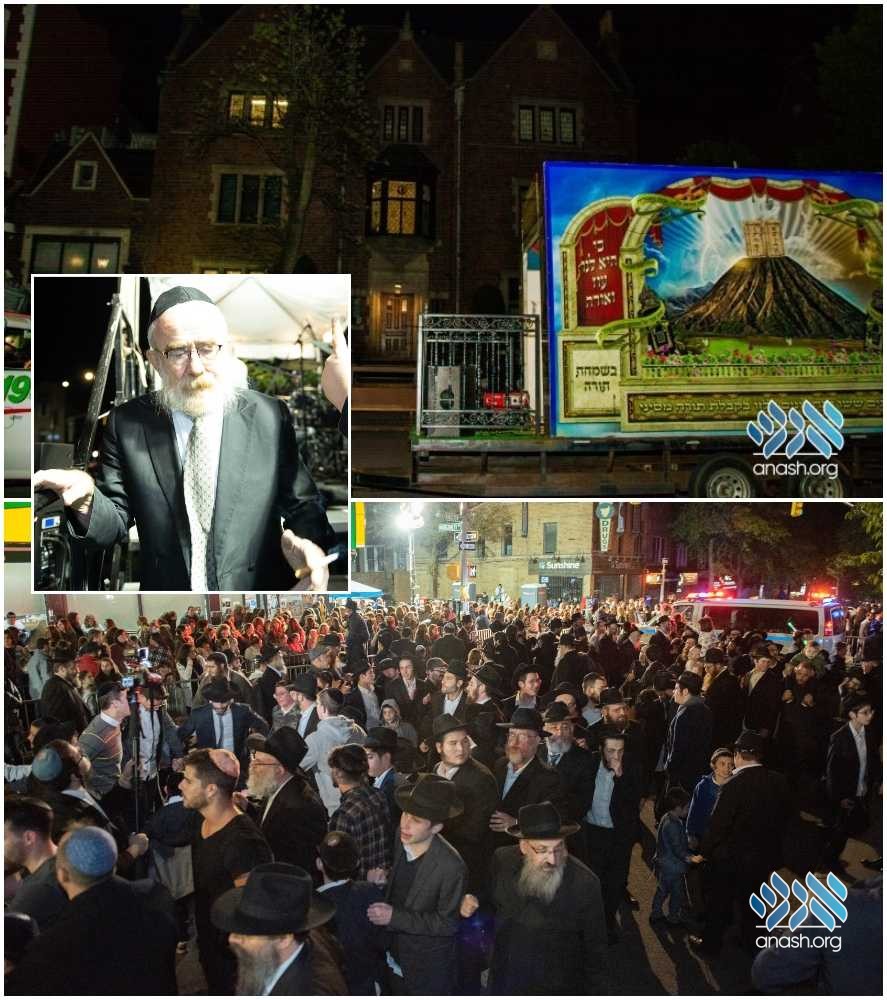 The annual all-night dancing on Kingston Avenue for Simchas Beis Hashoeva will be replaced this year with a music truck driving around the neighborhood.

An annual Crown Heights Sukkos tradition will be done differently this year, due to the coronavirus.

One of the highlights of Tishrei in Crown Heights is the Simchas Beis Hashoeva celebrations. Every night of Sukkos, hundreds gather to dance in the street, accompanied by lively singing, and on Chol Hamoed, by a full band.

The annual celebrations began forty years ago, after the Rebbe said that “the streets should dance” from the joy of Sukkos. Chassidim immediately began dancing in the street, first in front of 770, and later on Kingston Ave.

This year, however, with coronavirus health regulations preventing large gatherings, the classic Simchas Beis Hashoeva will be unable to take place. So organizers came up with a unique solution.

“We will be having a music truck circling the neighborhood, allowing each family to celebrate from their home, at a safe distance from others and involving no health risk,” Rabbi Shemtov told Anash.org.

He said that the trucks would be driving around Crown Heights every night of Chol Hamoed, beginning at 8:00 P.M. to allow children to take part and rejoice. With regards to an end time, he said it would depend on different variables, and will be decided going forward.

Organizers say that the decision was reached after consulting with rabbonim and doctors, who stressed that the centralized celebration with close contact between people was a potential health risk that could not be taken at this time.

Crown Heights activist Yaacov Behrman praised the move, saying it was a responsible decision in light of the current situation.

“The organizers of Simchas Bais Hashueva, Rabbi Israel Shemtov, acted responsibly and legally and canceled the annual holiday street dancing on Kingston ave. There is going to be a concert truck driving through the streets instead. Celebrate safely,” he said.