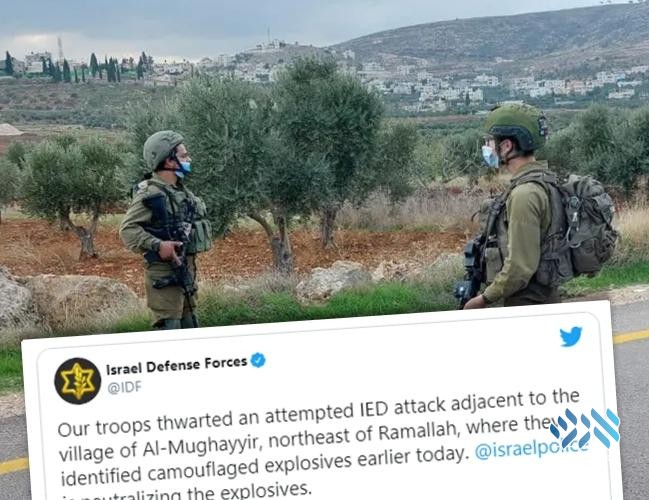 IDF soldiers located on Sunday a cache of explosives camouflaged near the village of al-Mughayyir, northeast of Ramallah. The discovery took place during a routine search by soldiers, and a police bomb squad was summoned to neutralize the explosives.

At the Qandaliya Crossing, north of Yerushalayim, two suspects placed explosives on the side of the road and fled. One IED detonated as a car passed but thankfully caused no injuries. After a search by Border Police, the two suspects were discovered inside a store and arrested.

The second incident occurred when a suspect was observed placing an explosive near the Kever Rachel complex. The IED did not explode, and during a search, Border Police successfully caught the suspect.

“The two successful operations over the weekend testify to the determination of the officers who will continue to do everything in their power to arrest the terrorists and bring them to justice,” it said in a press release.