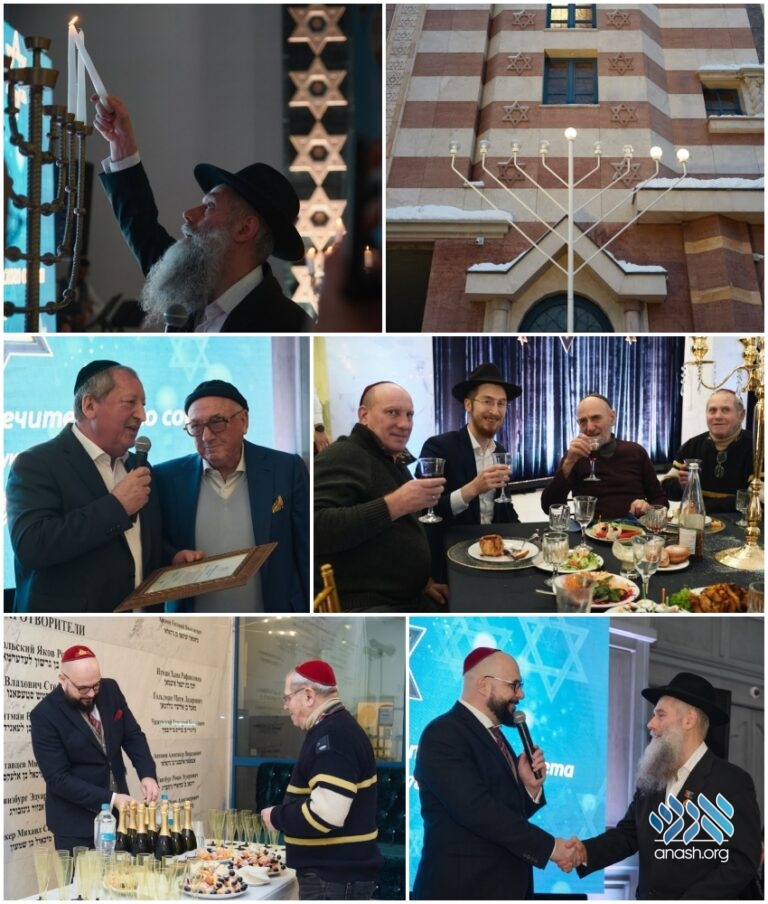 Public menorah lightings joined by government officials, were held in Russia’s western enclave on the Baltic Sea, publicizing the miracle of Chanuka among all the city’s residents.

The city of Kaliningrad, Russia which is a Russian enclave between Poland and Lithuania located on the shores of the Baltic Sea, held events every day of Chanuka, in order to publicize the miracle among all the residents of the city and bring the mitzvos to every Jew.

Officials were recognized for their part in the restoration of the Great Synagogue in particular, which has recently been restored after it burned down 84 years ago on Kristallnacht. The shul serves as a beacon of Torah and chesed for all the many Jews and even many guests and tourists, including those who come from nearby Lithuania or Poland.

The Chief Rabbi of Russia, the Gaon Rabbi Berel Lazar Shalita, sent a special and warm blessing, and praised the progress of the construction of the magnificent mikvah tahara, the first in the entire district, since it was destroyed by the Nazis in World War II.

Russia’s Chief Rabbi Berel Lazar sent warm greetings and praised the progress being made in building the city’s mikva, the first one to be built in the entire region since World War II.

Additional greetings were brought by President of the Federation of Jewish Communities in Russia, Rabbi Alexander Boroda, who thanked the donors in the name of all of Russia’s Jews.
The Chanuka menorah was lit by the Rabbi of Kaliningrad, Rabbi Dovid Shwedik.

On a large screen, the participants viewed a sicha of the Rebbe, about the great privilege and responsibility we each have in spreading the light of Yiddishkeit.

The Shliach to Kaliningrad, Rabbi Avraham Baruch Deitsch, invited the distinguished donors, to receive a certificate of appreciation from the head of the Rosh Hakohol Mr. Leonid Flitman, signed by the chief rabbi of Russia, and the heads of the community in Kaliningrad.

Throughout the holiday, multiple events were held in Kaliningrad for all members of the Jewish community. Beginning with a public menorah lighting in front of the Great Synagogue in the city center, continuing with shows and workshops for children. A Chanuka party for the women of the city, elaborate music concerts by famous orchestras in the city, and ending with the distribution of hundreds of Chanuka kits with menorahs and donuts to light up the Jewish homes in the city!