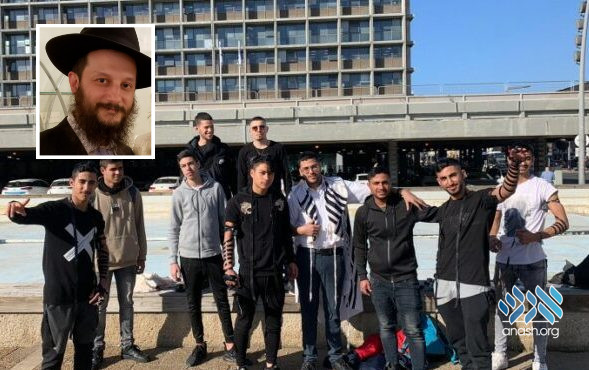 In response to the ‘tefillin ban’ proclaimed in Tel Aviv and ensuing ‘Operation Ron’, shliach Rabbi Uriel Vigler writes how the ban actually made him happy.

In response to the ‘tefillin ban’ proclaimed in Tel Aviv and ensuing ‘Operation Ron’, shliach Rabbi Uriel Vigler writes how the ban actually made him happy.

I must thank you. You have succeeded in a way that I, as a Chabad rabbi, have not. Jews all over the world are putting on tefillin at an unprecedented rate, in reaction to your policy. It’s called Operation Ron. Even here in Manhattan, Jews who have never done this mitzvah before are stopping me on the street and asking me to help them.

So I’m grateful to you. But you’ve also made me happy on a personal level. Allow me to explain.

As a yeshiva student in Kfar Chabad in 1998, I studied from 7:00am – 11:00pm every day, but Friday afternoons we closed our books and hit the streets, tefillin in hand. My 250 colleagues and I would spread out across Tel Aviv, erect temporary “tefillin stands,” and spend hours trying to entice people to don the tefillin and say the shema with us.

The people who passed us generally fell into three categories:

1. Our weekly clients, always happy to see us and grateful for the opportunity to pray and do this important mitzvah. On average, we probably had about 70 of these steady clients.

2. The handful of angry ones who stopped to shout and spew venom at us, telling us we have no right to stand in public putting tefillin on people.

3. The vast majority who simply ignored us, walking right past, taking no notice of our pleas. These were the toughest clients, the ones who made us question if we were wasting the precious time we had taken off from our learning.

You, Mr. Mayor, fell staunchly into the third category. You became mayor in 1998 and walked past our stands dozens (if not hundreds) of times, and always ignored us.

Ironically, we preferred the people who yelled at us to the people who blindly walked past. When someone cares enough to work up the anger and shout, it means they are, in some way, affected. Something has touched them so deeply it has triggered a response. Consider when one spouse yells at the other. Yelling back is not ideal, but it’s certainly better than ignoring the spouse completely. Responding in some way demonstrates that you have a relationship, even if you vehemently disagree with the other person’s behavior.

Every Jew has a soul, a neshama, deep within, but often that soul is buried under layers of dirt and grime. Sometimes it’s so covered up it cannot be touched. Rage, frustration, anger, even mild irritation—all show that the soul has been reached. You, Mr. Mayor, were the cold type who walked right past our stands for 22 years, ignoring our pleas for you to put on tefillin. For 22 years we tried to penetrate the layers of dirt and reach your soul, but for 22 years you continued to ignore us.

But now, finally, you have moved up a category. By coming out so publicly against our tefillin stands, you have demonstrated that you do care—deeply! After 22 years, we’ve touched you. We’ve reached your soul. We know now that our work was not in vain.

And I know, with full confidence, that you will eventually move up yet again, this time into a category-one client, and become a stead tefillin-donner. And when you do, Mr. Mayor, please be sure to send me a selfie at your local Chabad stand. I’m looking forward to it!