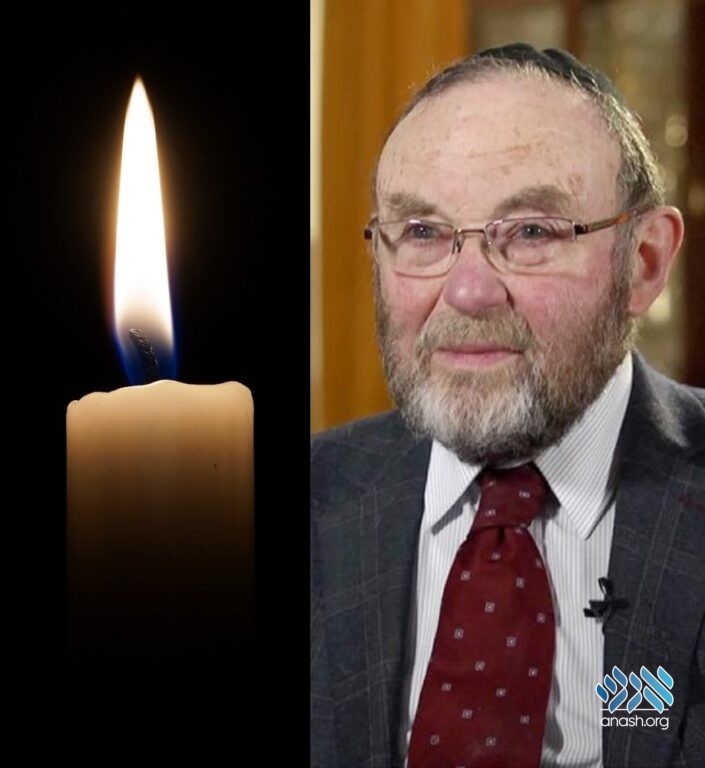 Mr. Bernard Perrin, a businessman from Manchester, England, who was a strong supporter of Chabad in England, and merited to have a unique relationship with the Rebbe, passed away on Thursday night.

Mr. Bernard Perrin, a businessman from Manchester, England, who was a strong supporter of Chabad in England, and merited to have a unique relationship with the Rebbe, passed away on Thursday night, 16 Tammuz 5782.

Bernard’s father, Shlomo Perrin, was a London furrier who came from a family which was close to Lubavitch for generations. One time, while visiting the United States, he came to meet the Rebbe and became his loyal follower, and later, his son became as well.

Both father and son merited to have a unique relationship with the Rebbe, with the Rebbe advising them on various business deals. A number of times, the Rebbe stopped the father and the son from investing in ventures that ultimately failed, saving them from losing considerable amounts of money or even going into heavy debt.

In an interview given in 2015, he related one of those occurances.

“There came a time when fur prices started dropping, which was very unusual. As a result, I was in a quandary. How could I buy goods today, if they would be worth less tomorrow than what I paid for them yesterday? I was afraid to buy, but without buying I couldn’t sell.

“When I asked the Rebbe for advice, he answered, “It doesn’t matter what you buy, but sell it in Scotland.”

“I had never been to Scotland in my life; I had no customers in Scotland at all. And it was difficult for me to leave London and go there, considering that in those days there were no motorways and it was a thirteen-hour trip from London to Glasgow. So, I wrote this to the Rebbe, who responded, “Go to Scotland.”

“So, I packed a big van with furs and set off for Glasgow. There I stayed in a Jewish hotel and I did great business. Everyone bought from me, and they sent their friends to me. I sold everything I had brought with me in the van. I phoned my father, who shipped another carton of furs on the train.

“That was the start of my business in Scotland which lasted for twenty years and was very successful,” he related.

After experiencing such stories, Mr. Perrin became a strong supporter of Chabad in England and of the Rebbe’s many projects.

One such project he undertook was to build a mikveh for men in Manchester at the Rebbe’s request. When he agreed to take on this project, the Rebbe took out thirty English pounds – three ten-pound notes – and gave the money to him, saying “This is from me.” And then the Rebbe brought out another thirty, saying, “And this is from the Rebbetzin … You must pay the rest, but I would prefer that nobody else participates. The Rebbetzin and I will be your only partners in this endeavor.”

Mr. Perrin fulfilled his part of the deal, paying for the entire mikvah himself, and named the Shlomo Perrin Mikveh after his father.

Another project he was involved in was funding the first-ever bi-lingual edition of the Tanya. The Rebbe wanted the Tanya to be published with the translation on the next page to help people learn the Tanya with greater ease, and he asked Mr. Perrin to be the funder. Mr. Perrin agreed, and again the Rebbe gave him sixty pounds from himself and the Rebbetzin and asked that he should fund the project himself.

The Rebbe then proceeded to give him very specific instructions about who should print the book and how it should be printed. “Every English-Hebrew book always has the Hebrew on the right and the English on the left,” he said, “But the Tanya must be the other way around – English on the right and Hebrew on the left. So that when you open it up, you will see the Hebrew first.” The Rebbe also gave many other detailed directions, like where the footnotes should go, what type of paper it should be printed on – very thin, strong paper which was hard to get – and also the translation should be in modern English and easy to understand.

“This was another complicated project on which a number of other people besides me worked very hard – in particular Rabbi Nachman Sudak, Hershel Gorman, and Zalmon Jaffe. It took us more than six years, but in the end we succeeded,” Mr. Perrin recalled decades later

When the Tanya was finally published, the Rebbe held a special farbrengen in celebration, and he gave each member of the publishing committee a signed copy. In turn, they presented the Rebbe with a special, leather-bound volume. Afterwards, when they went to the Rebbetzin to give her a copy, she told them that the Rebbe was very proud of the new Tanya.

Alan will be sitting shiva at 61 Woodlands, London NW11 9QS from Tuesday morning.
Shacharis 7:10 AM
Mincha and Ma’ariv 8:00 PM