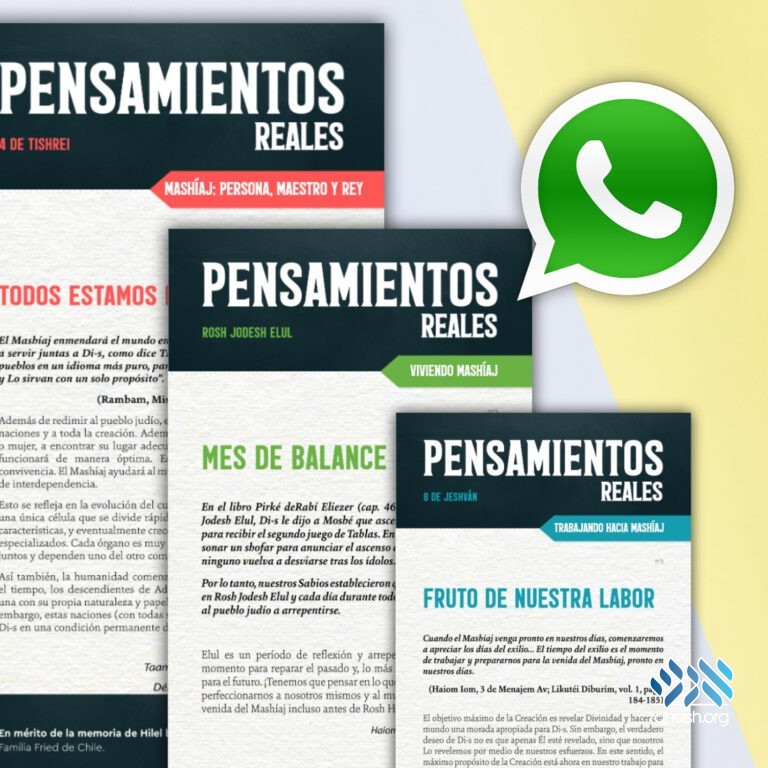 Hundreds of Spanish-speaking Jews have signed up to receive a daily Moshiach thought on WhatsApp, produced by the shluchim of Latin America in partnership with Rabbi Chai Kohan of the Merkos 302 Spanish Department.

The Chabad world has experienced a notable increase in learning about Moshiach in the past eight months. Shluchim, Shluchos, laymen and women, partnered with the Moshiach Office, a branch of Merkos Suite 302, and initiated a monumental movement. They launched a campaign to study about Moshiach, creating multiple programs with numerous resources. Their primary target audience was shluchim and anash.

But the movement did not stop there. Inspired by the success of the grassroots Tut Altz campaign for Anash, the shluchim of Latin America wanted to take this initiative to the next level. They wanted every Spanish Jew, even those not religious or affiliated, to have these necessary and inspiring resources available to them. So, they partnered with Rabbi Chai Kohan, Director of the Merkos 302 Spanish Department, and produced Moshiach-themed content in Spanish for the past seven months.

They began translating quotes from sichos, maamorim, and mamarei chazal and broadcasting them on WhatsApp. The daily Moshiach messages are usually based on a possuk from Tanach. Then, the message quotes a sourced explanation where it elaborates on the possuk’s connection with Moshiach.

Currently, they have two Whatsapp groups where they share these inspirational messages with over 400 people. People from all Jewish backgrounds and affiliations, spread across Southern and Central America, are learning about Moshiach every day! “The literature is excellent,” says Fernando K. from Tucuman, Argentina, “They share so much good content and sense, and in addition, the messages are always so well written!”

When asked about his expectations at the onset of this project, Rabbi Kohan said, “I never imagined having such success in reaching so many different types of people. Jews of all types and stripes are learning and feeling empowered by these daily messages.”

The success of this initiative is so grand that “Shiurim,” the Spanish equivalent of Chayenu, began incorporating these Moshiach thoughts into their weekly publication and app. Consequently, hundreds of more Spanish-speaking Jews are learning about Moshiach!