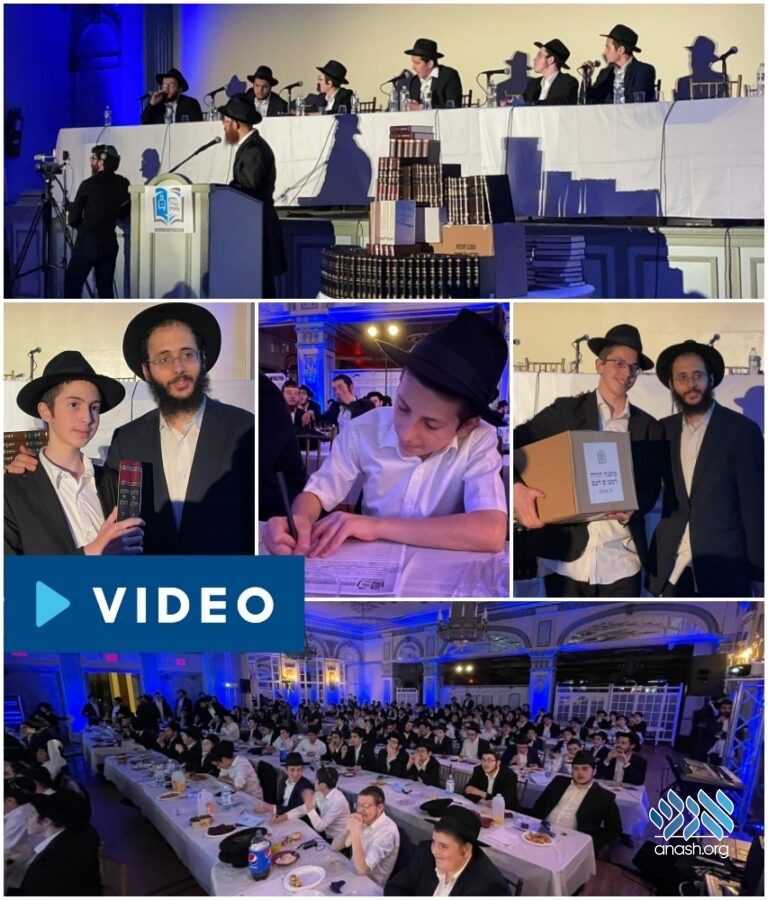 Bochurim from yeshivos across North America joined together on Motzei Shabbos in Crown Heights for a Chidon on subjects of Moshiach and Geulah.

In connection with the auspicious day of Gimmel Tammuz, a special chidon was held on Motzei Shabbos, testing bochurim on their knowledge of Inyonei Geulah U’Moshiach.

The competition wass open for all bochurim, who had the opportunity to test their knowledge on the subject and win impressive raffles. Bochurim in several yeshivos have been preparing for the chidon for eight weeks, learning special material prepared specifically for this program. The students have taken weekly tests ever since their learning began, with those excelling in their tests qualifying to display their knowledge at the event.

Emceeing the event was Rabbi Nissim Lagziel, mashpia in Oholei Torah Mesivta, and author of many works dealing with the subject of Moshiach. Judges were Rabbi Shmuel Chaim Bluming, Rabbi Zushe Wilhelm and Rabbi Simon Jacobson

All participants were be treated to a scrumptious melave malka and gifted an exclusive t’shura.

To participate in the costs of the Chidon:
Cashapp $lyt770
Zelle and paypal [email protected]