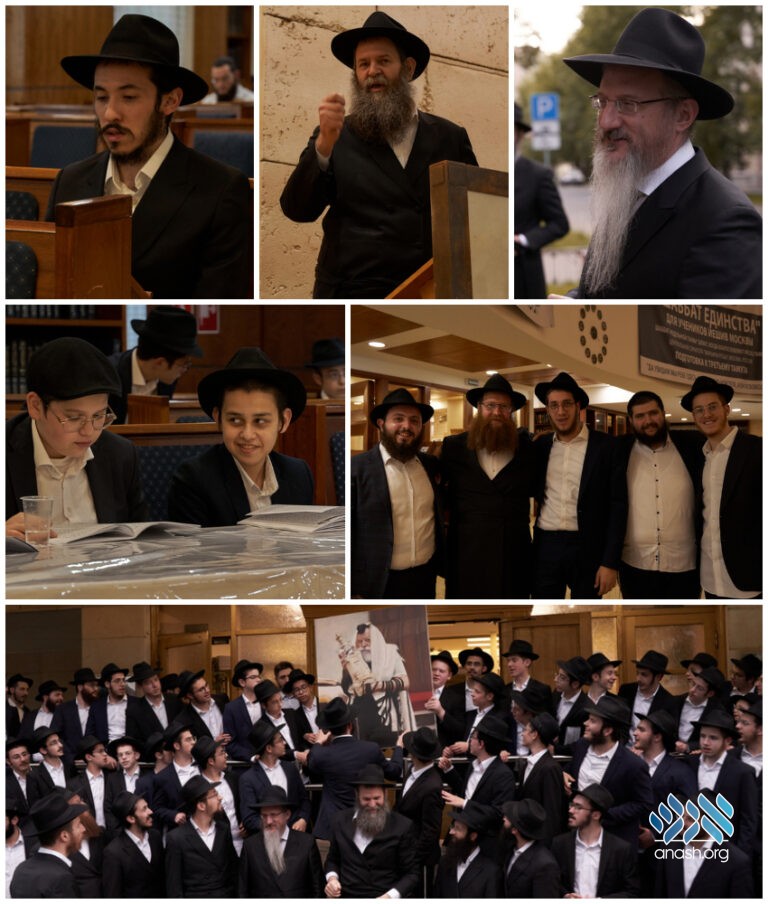 As a befitting preparation for Gimmel Tammuz, students from the different yeshivas in Moscow gathered for a shabbos of unity. It was a shabbos full of davening, learning and farbrenging.

As a befitting preparation for the holy day of Gimmel Tammuz, the 27th hilulah of the Rebbe, students from the different yeshivas in Moscow gathered together for a shabbos of unity. It was a shabbos full of davening, learning and farbrenging. The program was well–planned by the dedicated Rabbi Mordechai Avraham Weisberg, director of the Marina Roscha Jewish Community Center, along with the shul’s gabbais and the talmidim shluchim.

After davening shacharis and a study session at their yeshiva, the students began leaving the yeshiva campuses in busses and cars that brought them to the central shul for a light meal, and where they were divided into groups. The groups set out to distribute Jewish books in Russian, and put up mezuzas in pre-arranged homes and businesses, and put on Tefillin to many tens of Jews.

Closer to Shabbos they all gathered in shul once more to learn a maamar in Chassidus, but not before they all posed for a group photo in front of the Marina Roscha Jewish Community Center. They also received a warm welcome from the initiatior of this wonderful Shabbos, Chief Rabbi of Russia Bere Lazar.

Throughout Shabbos, the davening and shiurim, the seudos and the farbrengens, the seder nigunim, all created a very uplifting Chassidic atmosphere in shul, sweeping up the regular daveners, who also joined the long farbrengens on Shabbos day that were led by the yeshivas’ top Mashpiim Rabbi Zushe Gorelik, Rabbi Moshe, Lerman, Rabbi Yehuda Segev Friedman, Rabbi Yisroel Gottleib, Rabbi Sholom Ber Sheingarten, and more.