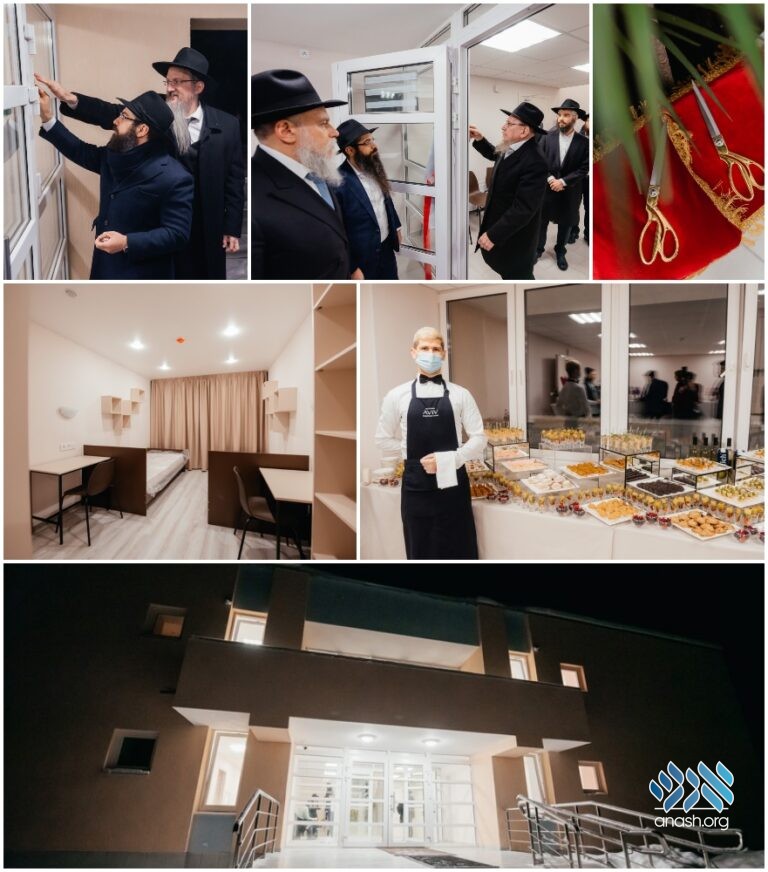 In a modest yet impressive ceremony, a newly renovated building was dedicated at Moscow’s Yeshiva Tomchei Tmimim.  The building will serve as a dormitory for the Yeshiva’s growing number of students who are arriving from cities all over Russia and beyond, as per recommendations from their local Rabbis and Shluchim. The students, whose knowledge of Torah and mitzvos is very limited upon their arrival, blossom at the yeshiva, growing into G-d fearing Jews, many of whom go on to become Rabbis and Shluchim upon graduating, undoubtedly bringing much nachas to the Rebbe.

Rabbi Moshe Lazar, one of Milan’s longest serving Shluchim, and esteemed guest, was honored with affixing the mezuza to the building’s main entrance. An additional mezuza was affixed by his son, founder of the Yeshiva in Moscow, Chief Rabbi of Russia, Berel Lazar, who takes personal interest in the wellbeing of each of the students.

Chassidic philanthropist Reb Yehuda Davidov, who sponsored the building, and is a beacon of Chesed for Jews throughout Russia, spoke about the Yeshiva’s importance. Additional words of blessings were spoken by the President of the Federation of Jewish Communities in Russia Rabbi Alexander Boroda, the Rosh Yeshiva Rabbi Menachem Mendel Goldberg, and the Director of Moscow’s Jewish Communities and Yeshivos Rabbi Mordechai Weisberg.

The Yeshiva is located in Moscow’s suburbs, not far from the town of Sofrino, where the students can delve into their Torah learning away from the city’s noise and distractions. All week they pore over their holy sforim, and on Fridays and erev yom tov they go out to the neighboring towns and villages to bring the light of Yiddishkeit to local Jews by helping them put on Tefillin or bringing them Shabbos candles. It is no surprise that today many of the Yeshiva’s graduates serve as Shluchim and Rabbis in cities throughout Russia and beyond.