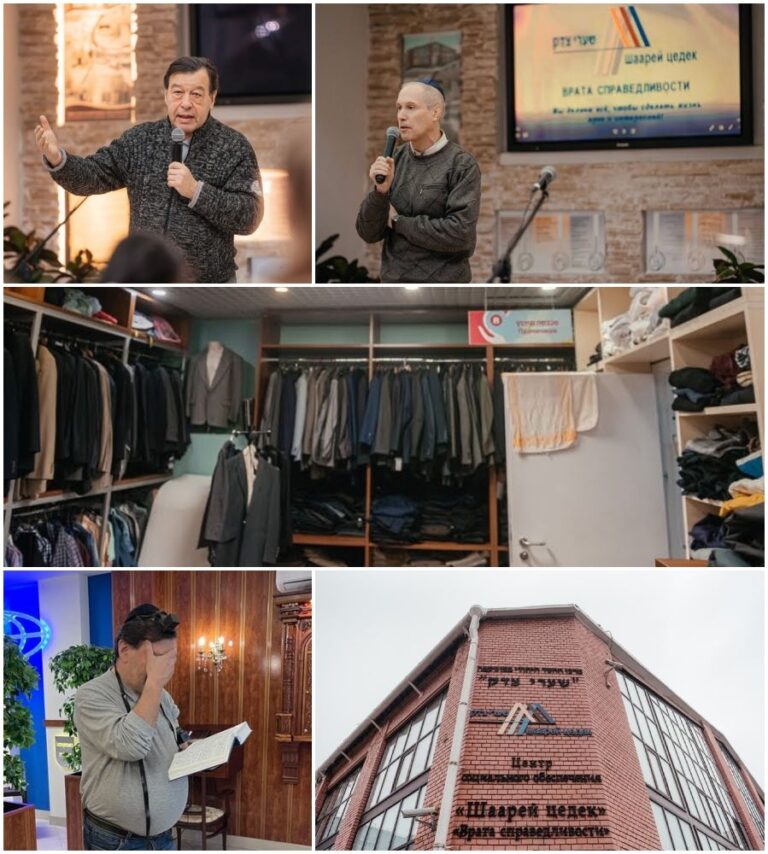 Students from Moscow’s University of Sociology came to learn and volunteer at the Shaarei Tzedek Chesed Center after the request came from University administration, who had heard about the Jewish center’s sterling reputation.

Dozens of students from Moscow’s University of Sociology came to learn and volunteer at the Jewish Shaarei Tzedek Chesed Center in the Marina Roscha neighborhood. The center was founded by Russia’s Chief Rabbi Berel Lazar, in order to give assistance and aid to all who need it, especially to the thousands of elderly citizens who are completely alone, amongst them many Jewish war veterans.

The request came from the University administration, who had heard about the Jewish center’s sterling reputation, and expressed their desire to bring groups of students to see the activity from up close, where they would learn about Chesed while volunteering.

Three esteemed professors accompanied the first group, which was warmly greeted by the center’s directors. After hearing the words of Chaza”l about the importance of tzedakah and chessed, the students were shown a slide show about the many different projects run extensively by the center in order to help others.

At the conclusion of several lectures and workshops, the students broke up into groups, with each group joining a different team of the center’s staff, each volunteering in a different area for the next few hours. The students expressed their admiration for the staff’s friendliness and dedication as they worked, providing their aid and service with a smile and generous heart, which have earned the center its good name, and makes a Kiddush Hashem on a daily basis.

The guests were offered light refreshments and were served a hot lunch from the soup kitchen, which serves hundreds of meals daily. To those who are housebound, a hot meal is sent straight to their homes by a dedicated group of drivers. The guests could not hide their amazement, saying that they had visited many different institutions, but only the Jews treated them so kindly, and with such warm hospitality.

As the visit came to an end, the center’s director found out that the main professor has two Jewish parents, but he had never put on tefillin. After conversing with him, he managed to convince the professor and he agreed to put on tefillin for the first time in his life. The memorable moment took place in the center’s shul “Tefilla leMoshe”, which serves the staff, volunteers, and guests of the center on a daily basis