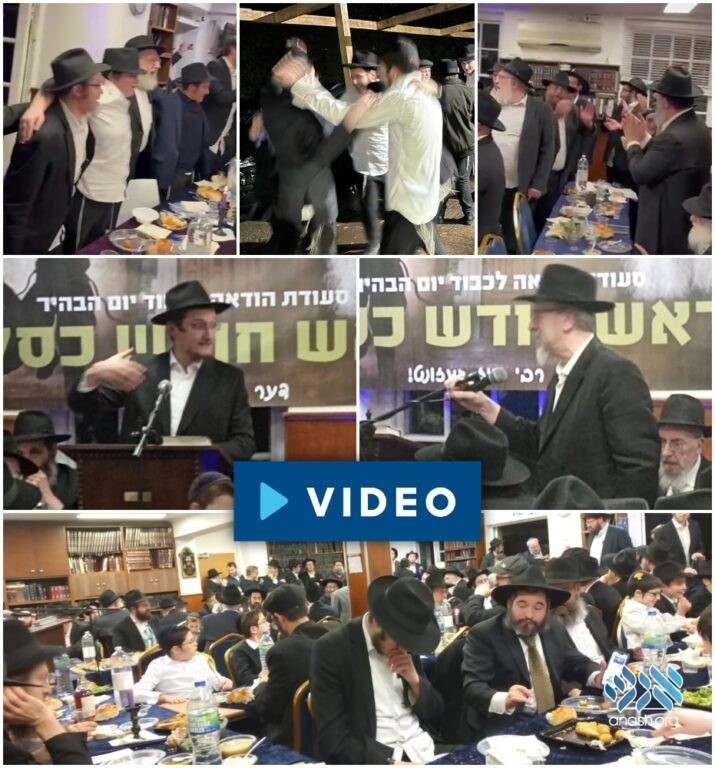 A joyous seudas hoda’a was held in Lubavitch Yeshiva Ketana of London, attended by anash of London and bochurim of the yeshiva, and addressed by guest speaker Rabbi Yisroel Lazar, shliach to Moscow, Russia.

Over 200 members of anash of London joined the bochurim of the Lubavitch Yeshiva Ketana of London for a joyous seudas hoda’a celebrating the Rebbe’s miraculous recovery from a heart attack in 5738.

The guest speaker for the evening was Moscow Shliach Rabbi Yisroel Lazar, who inspired participants with stories about Shlichus.

The farbrengen concluded with the crowd breaking into a joyous dance, celebrating the auspicious day of Rosh Chodesh Kislev.