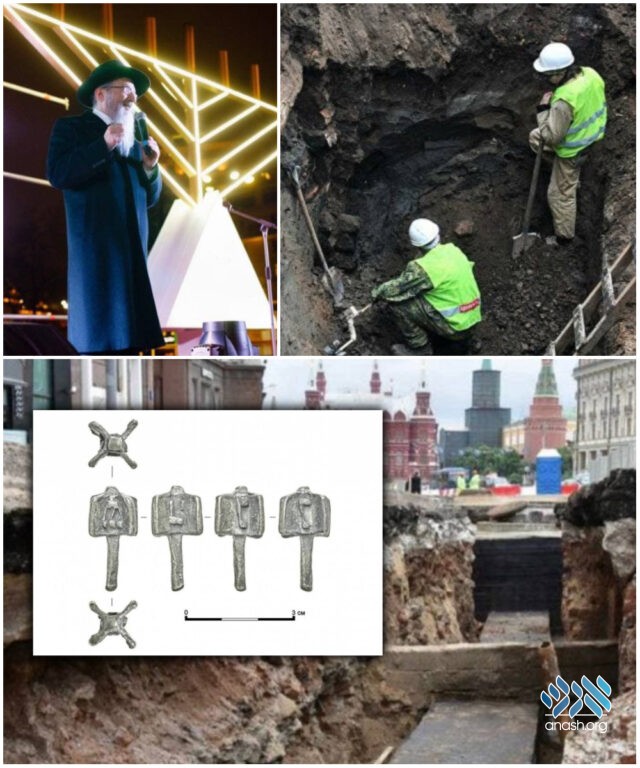 During archeological excavations this summer, a 200-year-old lead dreidel was found within walking distance of the Kremlin in Moscow, with the letters nun, gimmel, hey and shin on the sides.

In archeological excavations held this summer in central Moscow, on Sretenka Street, a 200-year-old dreidel was found. On the four sides are the letters nun, gimmel, hey and shin, “a great miracle happened there”.

Moscow officials announced the discovery a few days ago in honor of Chanukah. They mentioned the dreidel might have belonged to a member of the Jewish community that existed nearby from 1830 to1930.

The dreidel was found near one of the oldest shuls in Moscow. In 1930, the shul was closed and the building became a dormitory for demobilized Red Army soldiers. It is now a four-story residential building.

The height of the dreidel is 1.14 inches and it was made out of lead. The letters were cast simultaneously with the body.

“Thanks to careful clearing, archaeologists have deciphered the inscriptions on the spinning top. Now it is waiting for restoration. After that, it will be handed over to the fund of one of the city museums,” Alexey Yemelyanov, Head of the capital’s Department of Cultural Heritage, said.