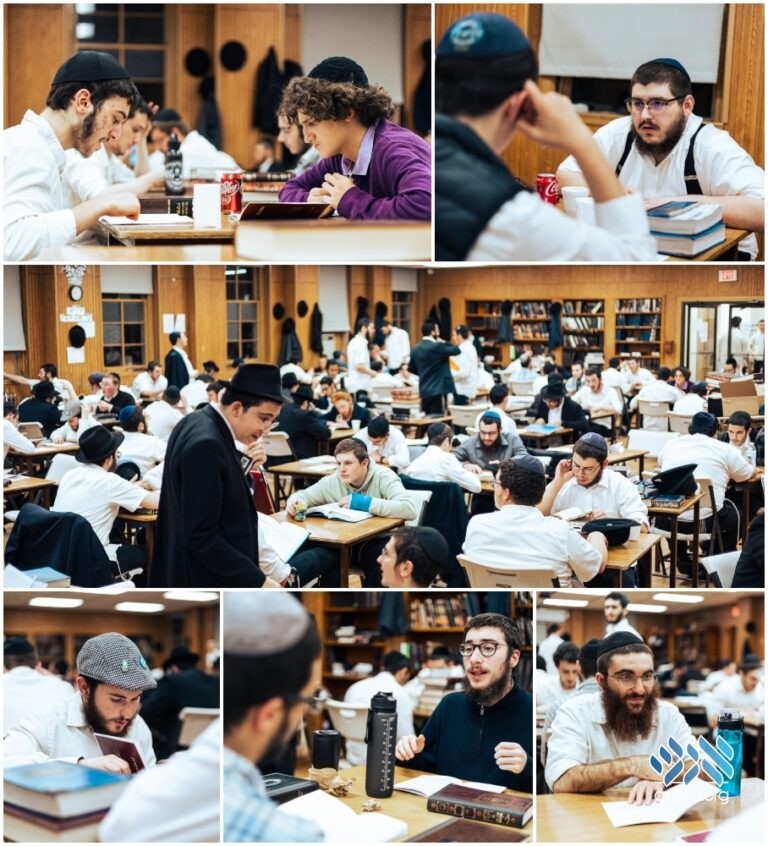 Yeshivas Tomchei Tmimim and Yeshivas Tiferes Bachurim of Morristown came together for a special seder limud, fulfilling a request of the Rebbe for the two yeshivos to study together from time to time.

In connection with Hakhel, Yeshivas Tomchei Tmimim and Yeshivas Tiferes Bachurim of Morristown came together for a special seder limud.

The joint study was in fulfillment of the Rebbe’s request to the hanhalas of the Yeshivos, that there should be a time when the bochrim from Tomchei Tmimim should come together with the bachurim from Tiferes bachurim to learn together.

At first, the hora’a was fulfilled, but in more recent years, it only happened rarely.

This year, In honor of Shnas Hakhel, the bochrim re-initiated the joint seder with great excitement.

Previously, it was done once in a while for a short seder, but now Bezh the two yeshivas will be coming together for a seder limud, as part of seder, every week.

In the coming weeks there will be special opportunities for the Anash of Morristown to be able to come and join as well.