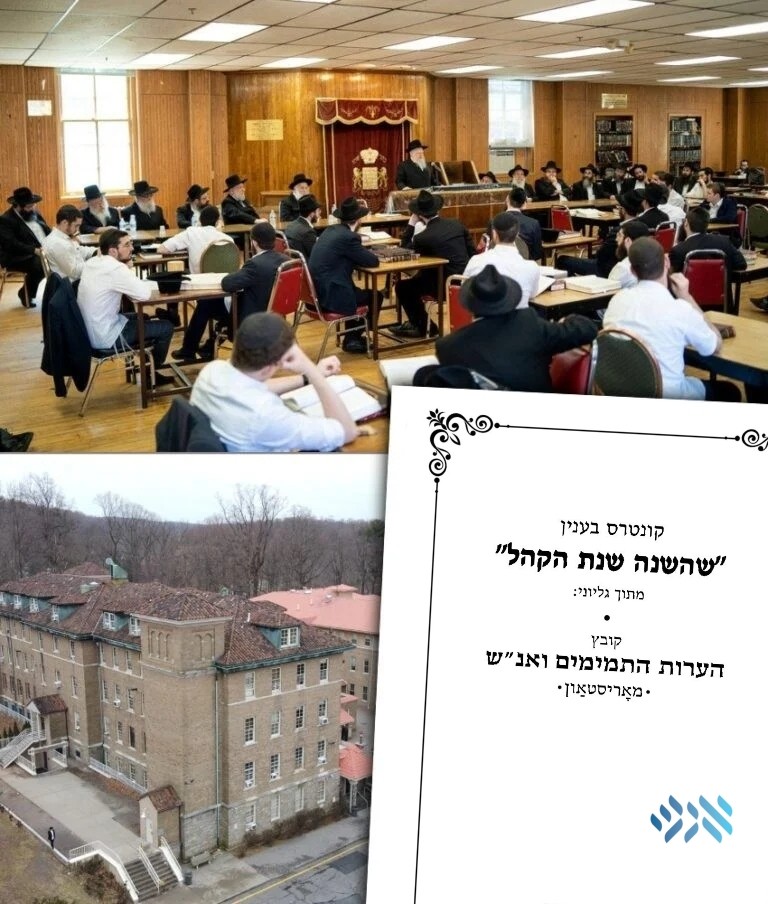 Download here: Haaros HaTmimim V’Anash of Morristown has compiled a short Kovetz about the practice of calling the entire year a “Hakhel year”.

Haaros HaTmimim V’Anash of Morristown has compiled a short Kovetz about the practice of calling the entire year a “Hakhel year”.

On Shabbos Parshas Pekudei 5741, the Rebbe expressed that referring to the entire year as “Shnas Hakhel” has become an accepted Minhag Yisroel.

The following week a discussion emerged in Morristown Kovetz Haaros on the topic, comparing “Shnas Hakhel” to “Shnas HaYovel” (as both entire years are called after a Mitzvah performed only at its beginning), with some supporting the comparison, and others questioning it.

The discussion continued all the through the summer, until the Farbrengen of Shabbos Parshas Vaeschanan, when the Rebbe analyzed what had been discussed in the Kovetz.

Now, marking yet another “Shnas Hakhel”, the editors of the Kovetz have compiled tha Haaros written on the subject in 5741 (1981), as well as the Sicha of Shabbos Vaeschanan, and published them in their own special Kovetz.

For questions and comments, or to submit a Ha’ara to be published in the forthcoming Kovtzim, please contact the Maareches at: [email protected].