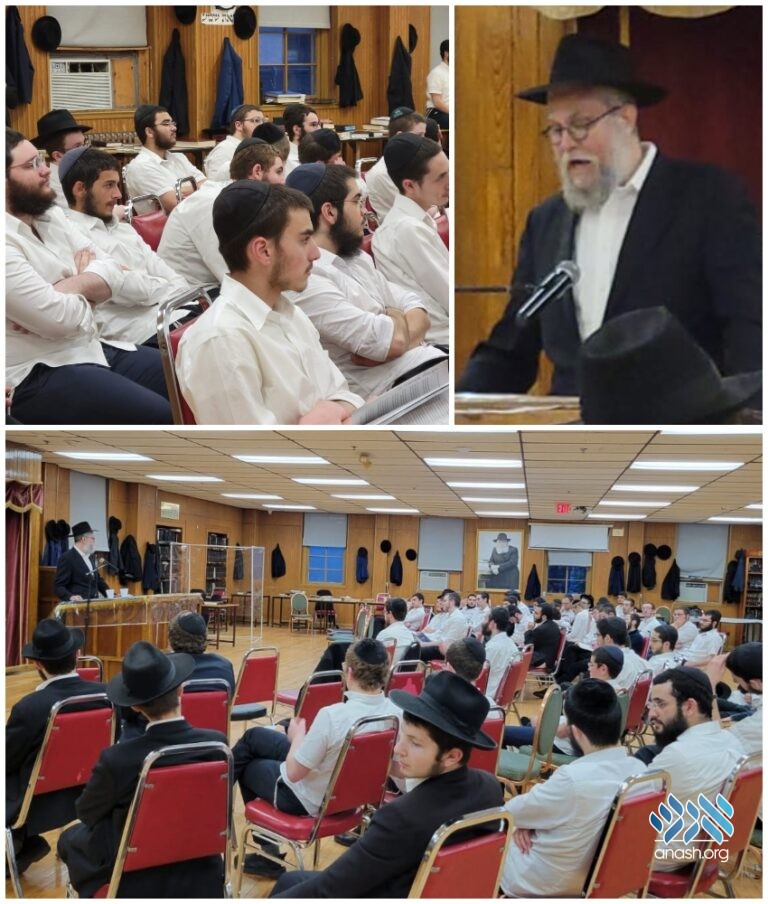 Bochurim in Tomchei Temimim Lubavitch of Morristown, NJ held a special Kinus Thursday, in preparation for the 80th anniversary of 28 Sivan, the day the Rebbe and Rebbetzin arrived on American shores after escape from Nazis occupied Europe.

As Chassidim around the world are preparing for the 80th anniversary of Chof Ches Sivan—the day the Rebbe and the Rebbetzin arrived on American shores after escaping the Nazis and war-torn Europe in the year 5701 (1951)—a special kinus was held in Tomchei Temimim Lubavitch of Morristown, NJ, with the participation of bochurim and hanholo.

Several of the mashpi’im spoke about this very special milestone which is coming upon us in the upcoming days. One of the mashpi’im impressed upon the bochurim the importance of preparing oneself for this day, encouraging the bochurim to study the ma’amorim which the Rebbe himself edited in honor of Chof Ches Sivan throughout the years.

Over 50 bochurim have pledged to learn the ma’amorim, and many have already begun learning them by heart. In addition, it was announced that all those who will learn all 4 of the ma’amorim will be receiving the newly reprinted Kovetz Chof Ches Sivan! Included in the mivtza will be raffles, which will be made in the days leading up to this momentous anniversary.

During the kinus, the bochurim were treated to a special surprise: Rabbi Eliezer Zaklikovsky shared with the bochurim some of his personal memories from spending Chof Ches Sivan together with the Rebbe. As one who was involved in preparing the Kovetz Chof Ches Sivan which the Rebbe personally handed out to each individual, he shared some insights and historical background to the kovetz.