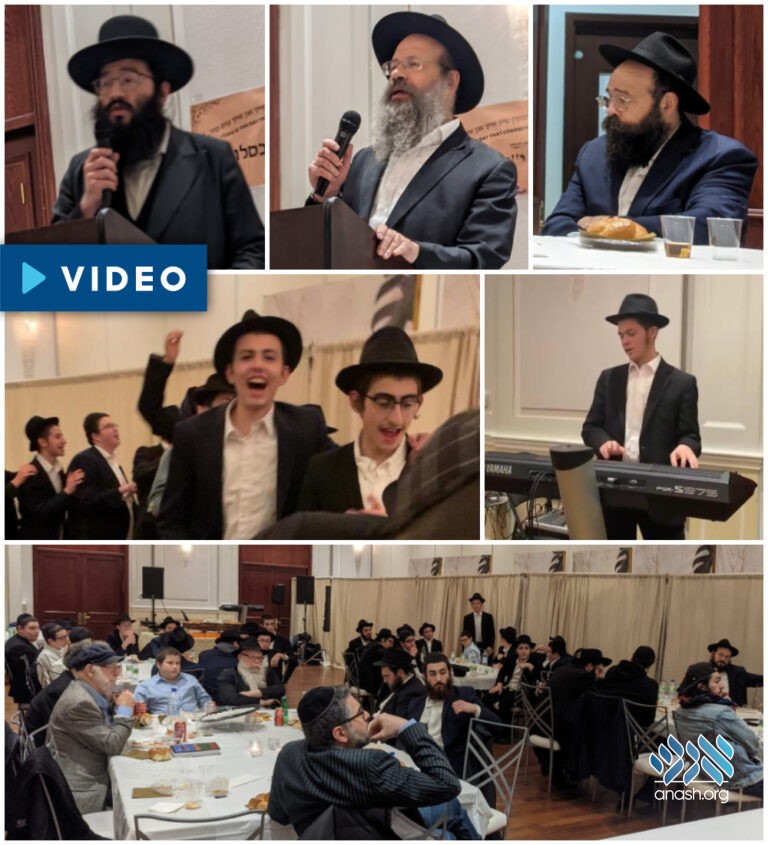 This past Wednesday, bochurim of Mesivta Ateres Menachem joined the Ashkenaz community of Chabad Cote S. Luc in Montreal, for a seudah, farbrengen and dancing in honor of Yud Daled Kislev.

This past Wednesday, bochurim of Mesivta Ateres Menachem joined the Ashkenaz community of Chabad Cote S. Luc led by Rabbi Hirshel Raskin, for a seudah, farbrengen and dancing in honor of Yud Daled Kislev.

The Rebbe and Rebbetzin’s kapital were recited, followed by a special video presentation showing the Rebbe being mesader kidushin along with other clips related to Yud Daled Kislev.

The event was emceed by Mendel Labkowski from Brooklyn, NY, one of the Talmidim Hashluchim, and addressed by Mendel Nemes from Metairie, LA, one of the Talmidim Hashluchim; Rabbi Shmuly Zirkind, shliach and rabbi of the Anash/Ashkenazi minyan of Chabad Cote S. Luc; and Rabbi Mendel Raskin, shliach and director of Chabad Cote S. Luc.

Also discussed was R’ Dovid Raskin‘s duch about a Yud Daled Kislev farbrengen, where the Rebbe responded, “Surprisingly dancing which has been mentioned many times regarding [the wedding] is not mentioned here!”

In fulfilling the above-mentioned hora’ah, after benching there was shturemdike dancing with live music from Yosef Mellul, a talmid in Mesivta Ateres Menachem, which went well into the night celebrating this special day.

This event was arranged by the Talmidim Hashluchim to the Cote S. Luc community and Mesivta Ateres Menachem.