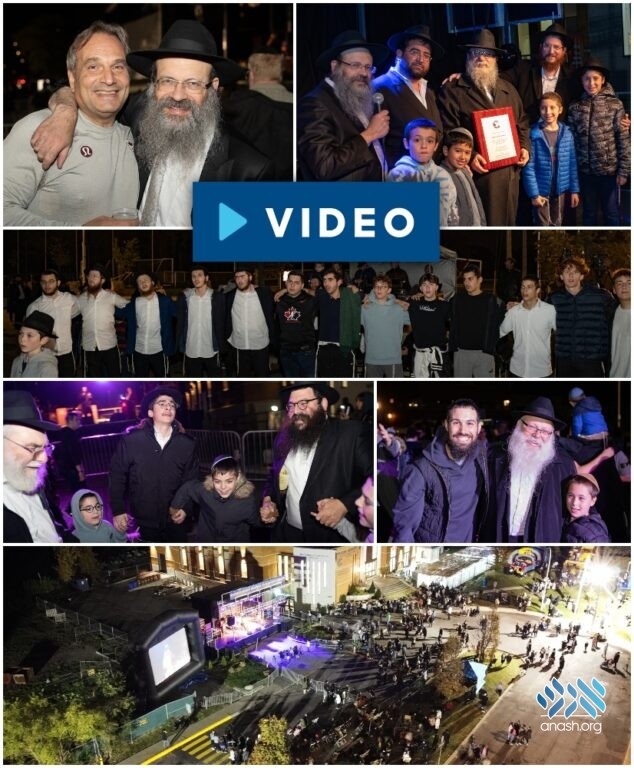 A grand Simchas Beis Hashoeva and Mega Hakhel was held at the Chabad House of Cote S. Luc, Montreal with singer Yoni Shlomo. Shliach Rabbi David Cohen was honored at the event.

The Jewish community of Montreal joined a grand Simchas Beis Hashoeva and Mega Hakhel on Wednesday, the first day of Chol Hamoed Sukkos.

Hosted at Chabad of Cote S. Luc, led by Rabbi Mendel Raskin, the celebration was attended by the local community, the nearby Chabad community, and members of the other Jewish communities of Montreal.

Children enjoyed inflatable rides and a children’s rally with the twelve pesukim, followed by a concert for families with singer Yoni Shlomo from Eretz Yisroel, with the men joining a spirited dance. Cotton candy and popcorn were also sold on-site and the shul’s large sukkah was open for all participants.

The event also honored shliach Rabbi David Cohen, who served as the event’s emcee, for his outstanding dedication and devotion to the Montreal Jewish community in general, and for his decades of unwavering friendship to Chabad of Cote S. Luc in particular.