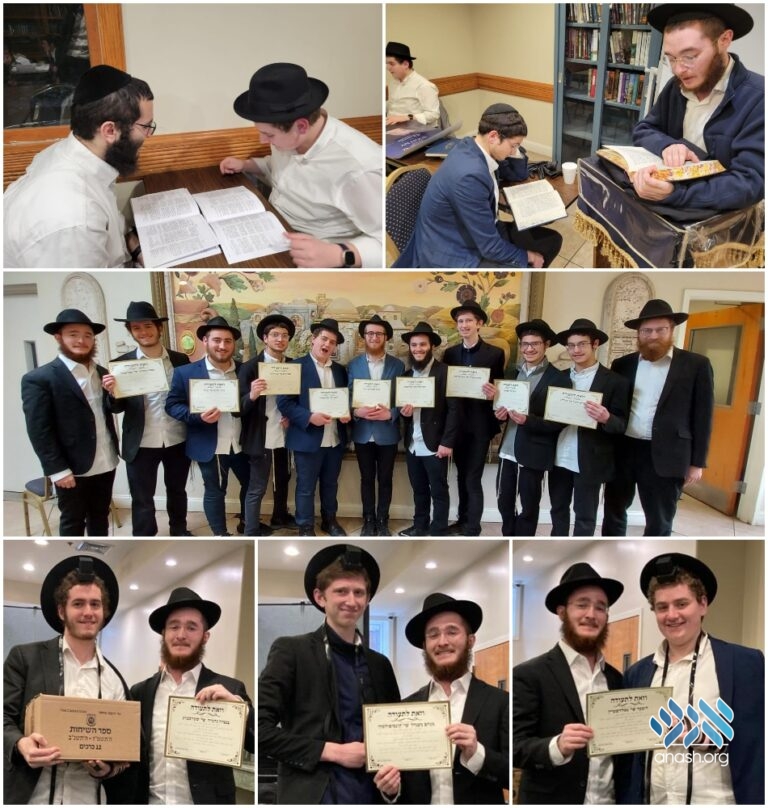 In addition to the yeshiva-wide hachanos for Yud Alef Nissan, Shiur Gimmel took upon themselves to learn additional sichos with special Seder Sichos held every night and on Shabbos as well.

Hachanos for Yud Alef Nissan were very strong at Mesivta Lubavitch of Monsey.

Shiur Gimmel had another Hachana in addition to many other – the Bochurim learnt 3 Sichos a week for 6 months preparing for the Rebbe’s upcoming 120th birthday. They concluded 3 seforim of Likutei Sichos!

The Seder Sichos program, spearheaded by Rabbi Shloimy Kagan, Mashpia in the Yeshiva, was booming with energy every night of the week, Shabbos afternoon, weekly Shiurim, with prepared sha’alos lachazara and weekly tests.

“The chayos has transformed our Yeshiva, and infused the bochurim with renewed energy to learn the Rebbe’s Torah” shared the Menahel Ruchni Rabbi Sender Lustig.

“Seeing the geshmak has really added to hachana for Yud Alef Nissan,” one of the organizers said.

The Bochrim received their very own sets of Likutei Sichos for their effort, and look forward to continuing throughout to give the Rebbe Nachas.

Those that learnt 1 Sicha a week, received a set of Sefer HaSichos.

“Thank you to the Talmidei Hashluchim who put in tremendous effort in the Mivtza Seder Sichos,” organizers said.