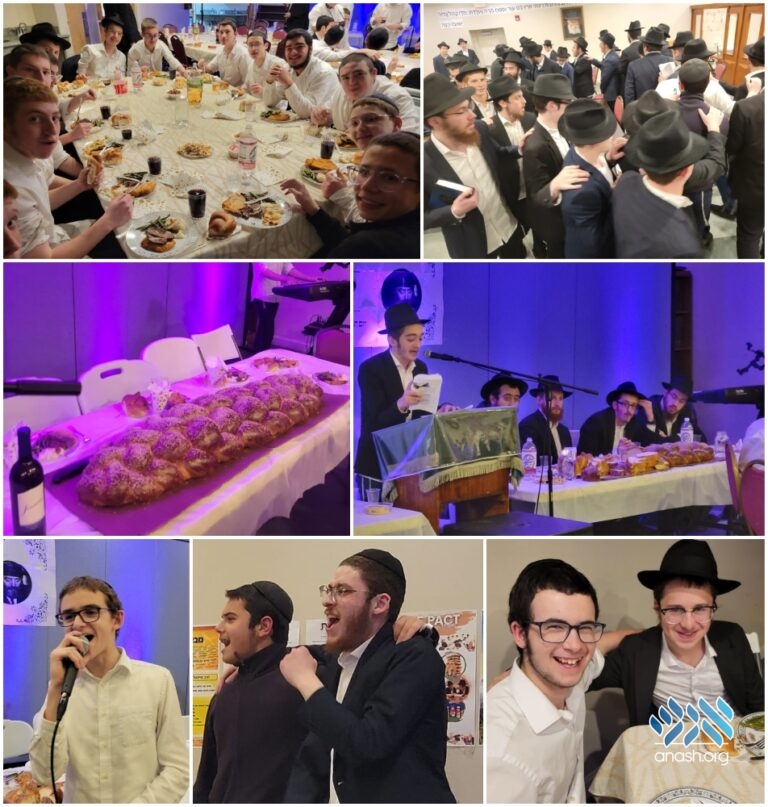 Mesivta Lubavitch of Monsey marked Yud Daled Kislev, the anniversary of the Rebbe and Rebbetzin, with a wedding-style seudah and farbrengen.

The seudah was held in the Yeshiva’s zal, which had been decorated to resemble a wedding hall. The bochurim and hanhala gathered round tables set with a fleishig meal, complete with a wedding-style large challa.

The seudah was addressed by bochur shliach Yankel Reices, maggid shiur Rabbi Levi Teichtel, and bochur Berel Lipsker, who told over the story of the Rebbe and Rebbetzon’s chassuna. The program then continued with joyous dancing, with live music being played by bochur Eli Rimler.

The whole event was organized by the bochurim shluchim, who spent much time and effort to make it the success it was.