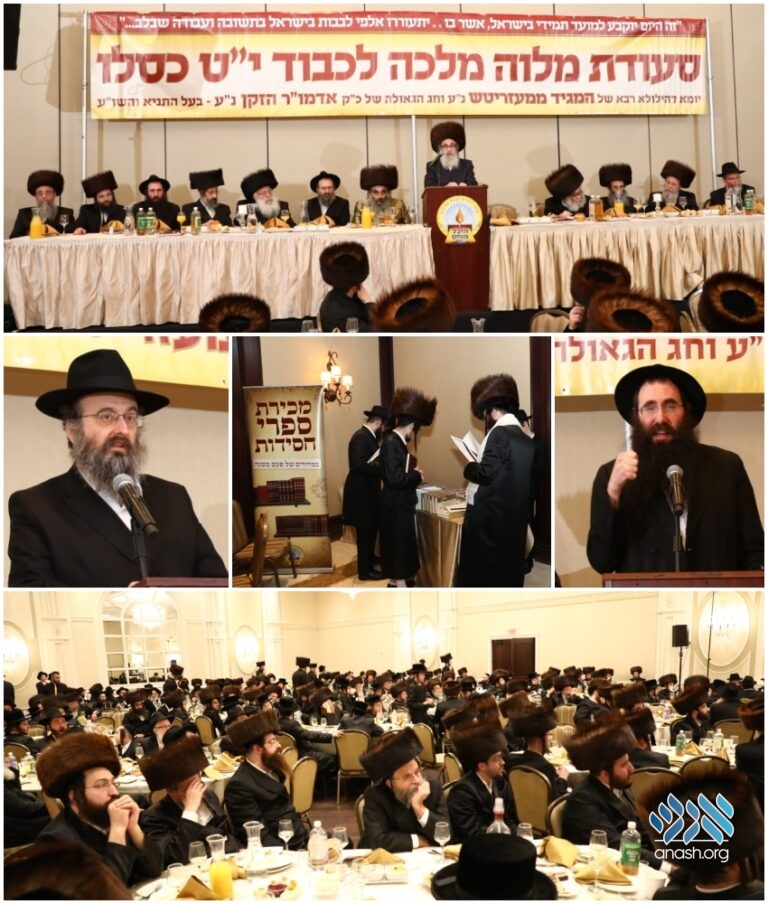 Once again Chassidim of all circles from Rockland county communities commemorated Yud Tes Kislev, marking over two centuries to the release from prison of the Alter Rebbe and 250 years since the Yom Helula of the Holy Maggid of Mezritch; organized by the director of Heichal Menachem of Monsey, R’ Dovid Oberlander, son of its founder and Rov, Hagoan Harav Gedalia Oberlander.

Motzei Shabbos Parshas Vayishlach is celebrated annually across the globe by hundreds at a gala Melava Malka imbibed with Toras HaChassidus; frolicking in the simcha of the Alter Rebbe who had promised Nachas from one’s children for partaking in his simcha.

The Melava Malka was attended by prominent local Rabbonim and drew a diverse crowd of several hundred people, representing the entire spectrum of Yidden, all in their yearning and appreciation for Toras HaChassidus.

Harav Ephraim Mintz chaired the evening masterfully, as he enamored the audience with his riveting remarks introducing the evening as well as the speakers.

Harav Chaim Aaron Chazan, Rosh Yeshivas of Dnepro, Ukraine, now living in Pomona, opened the evening mesmerizing the crowd as he passionately shared how Chassidus demands of us pnimiyus and its significance. Harav Boruch Moskowitz, Yampula Rov of Monsey, enthralled the participants with his fiery talk about the importance of learning Chassidus.

The highlight of the evening was the keynote speaker Harav Yosef Yeshaya Braun, Rov and member of the Badatz of Crown Heights, who took the crowd on a journey through the generations while he shared that in the early years people would suffice with teachings of the Mishna, yet later when the Shulchan Oruch was established one wouldn’t just go by the teachings of the Mishna and so it was after the Arizal introduced Kabalah and then the Baal Shem Tov introduced Chassidus, and so it evolved that now Chassidus influences all the other teachings. Rov Braun impressed upon the oilem the sweetness of Torah and Yiddishkeit when we learn Chassidus and how crucial it is in today’s day.

Chassidus is the light in the darkness of Golus!

Chassidus illuminates, elucidates and enlightens a Yid to Torah and Mitzvos! It actually alters our Avodas Hashem!

As in previous years, hundreds upon hundreds flocked to buy Chassidishe Sforim, drastically reduced for this unique occasion.

The evening was enhanced with various Chassidishe niggunim, sung by the Rabin brothers, inspiring and lingering on as the crowd unanimously got up to sing and dance late into the night, culminating with a geshmake farbrengen led by Harav Yosef Yeshaya Braun, as Chassidim are notorious for.