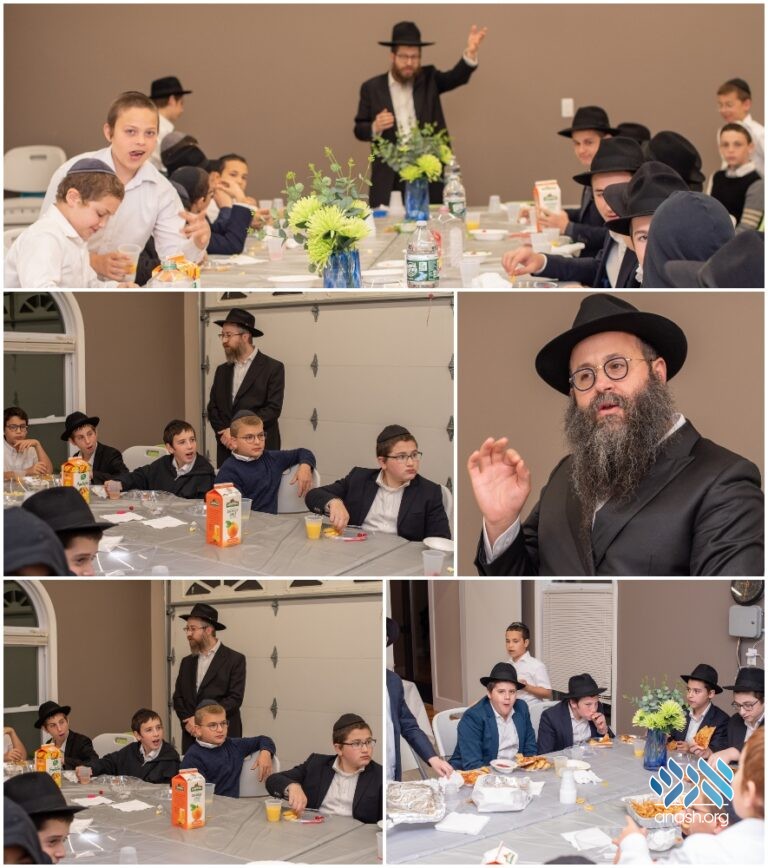 The 7th and 8th grade of Cheder Chabad Monsey held a special melave malka in honor of Chof Cheshvan, with guest speaker Rabbi Chaim Danziger, shliach to Rostov, where the Rebbe Rashab spent his last 4.5 years.

In honor of Chof Cheshvon, the birthday of the Rebbe Rashab , the 7th and 8th-grade boys of Cheder Chabad Monsey gathered for a special melaveh malkah.

The melaveh malkah was led by Rabbis Sirota and segan menahel Rabbi Yisroel Goldberg. The evening began with a chassidishe story, related by Rabbi Goldberg, as is the custom by a melave malkah.

The boys were joined by a special guest Rabbi Chaim Danzinger the Shliach to Rostov. Rostov is the city in which the Rebbe Rashab lived for the last four and a half years of his life after fleeing the town of Lubavitch in the year 5676. The Rebbe Rashab’s house with the famous mikvah and ohel are still intact in Rostov today.

Rabbi Danzinger enthralled the talmidim with stories of the Rebbe Rashab, and impressed upon them to recognize the great privilege they have to learn in the Yeshivah established by the Rebbe Rashab.

“We want to thank the Steinmetz and Greenberg family’s for sponsoring and arranging the amazing melaveh malkah,” the Cheder’s administration said.