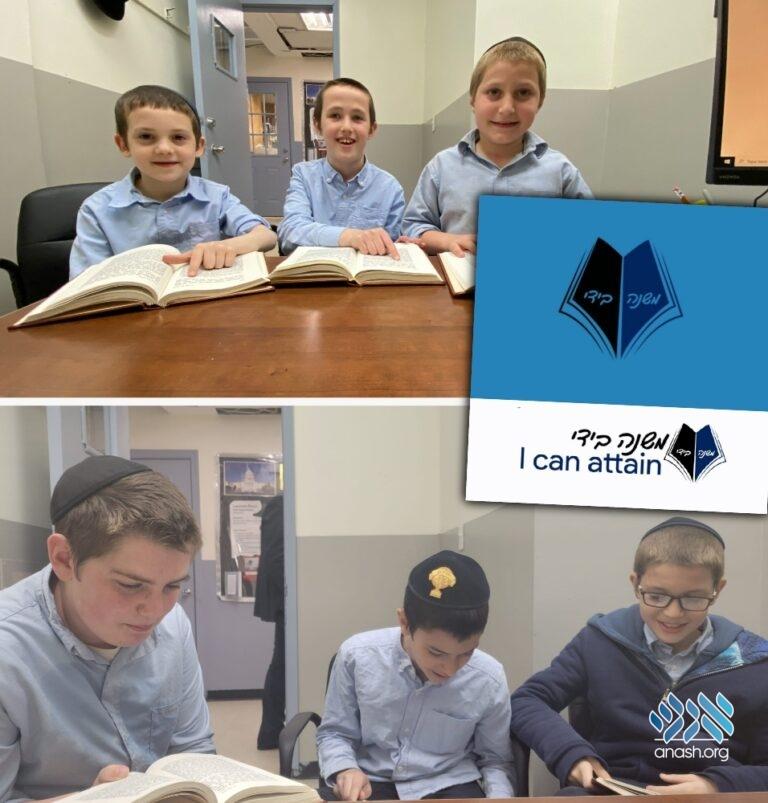 Cheder Chabad of Monsey had good reason to be proud this week, after the school had the highest percentage of students in a country-wide Mishnayos competition who would be advancing to the national round.

Mishnayos are the basis of Torah Sh’ba’al Peh, which is the foundation of Gemara, Halacha, and all Jewish learning. Cheder Cheder of Monsey has joined over one hundred students from six other Yeshivas in five states across America in an exciting program designed to create excitement for the learning of Mishnayos and create a long-term kinyan in Mishnayos.

The program, called Mishnah Byadi, was split into two tracks; 3rd to 5th graders, and 6th to 8th graders. The curriculum consists of three Masechtas per track. The boys received pamphlets with the material, which they studied in their own time. Those that qualified for the National Round, based on the cumulative scores from the tests, were given a fourth Maschta to study as well.

The National Round will be an exciting event with inspirational speakers, fantastic prizes, and the finals. It will take place virtually on יג סיון. The 1st place prize is a complete set of the Artscroll Mishnayos (Hebrew or English). The 2nd and 3rd place winners will win generous Judaica store gift cards.

All the participants are true winners, together learning over 18,000 Mishnayos.

Cheder Chabad of Monsey is proud to announce that our boys have the highest percentage of all the schools in reaching the National Round!

“Our boys did an amazing job, making a true Kiddush Lubavitch. Three of the seven boys who qualified for the Lower Track Upper Round are our talmidim, as are three of the nine students that qualified for the Upper Track National Round,” the school’s administration said.

These hard-working bocherim are: Levi Kaminker, Sholom Lasker, and Schneur Sirota in the Lower Track; and Gavriel Bongart, Mendel Kessler, and Yosef Weingarten in the Upper Track. Yehoshua Kessler was given special recognition for his exemplary effort.

“These boys are eagerly preparing with study pamphlets that have been sent to them and will receive a set of Mishnayos as a reward for qualifying for the National Round,” the administration said.

“All the participants will surely reap the true prize, great success in future learning through the strong foundation in Mishnayos that they have created for themselves,” they said.