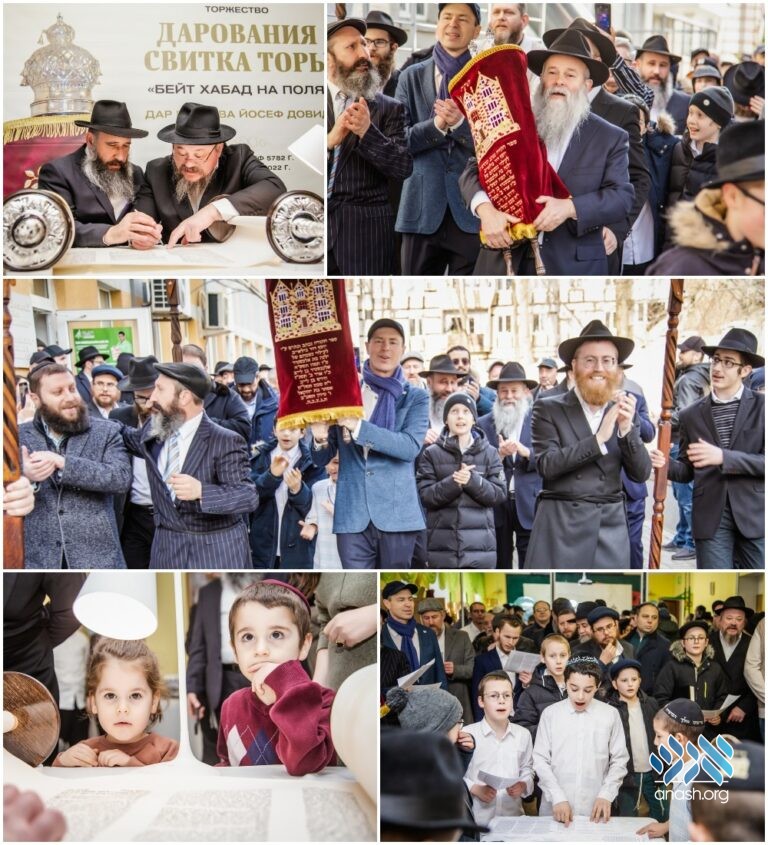 Mere hours before hostilities began in Ukraine, the Jewish community in Dnipro celebrated the inauguration of a new Sefer Torah to its recently opened shul and JCC.

Pola, a neighborhood located ten kilometers from the center of Dnipro with over ten thousand Jewish residents, celebrated earlier this week the inauguration of a new Sefer Torah to its recently opened shul and JCC. Hundreds of excited community members, along with dignitaries and guests, attended the special event.

“It was heartwarming to witness the joy and delight expressed by the participants to this special event,” says Rabbi Levi Anglesman, the neighborhood’s energetic rabbi. “Pola is considered an attractive location for young couples, with parks and modern educational institutions, and already has a network of Jewish kindergartens with over 200 children. Our synagogue serves as a warm home for each of the residents, explaining the excitement.”

The event was attended by the Dnipro’s Chief Rabbi, Shmuel Kamitesky, the Sefer Torah’s donor Mr. Alexander Bailayev, businessmen, rabbis, community members, and many families together with their young children.

After a musical parade through the neighborhood’s streets, the Torah was welcomed into the shul with dancing and singing, and the participants were invited to attend a festive meal celebrating a new era in the community’s development.