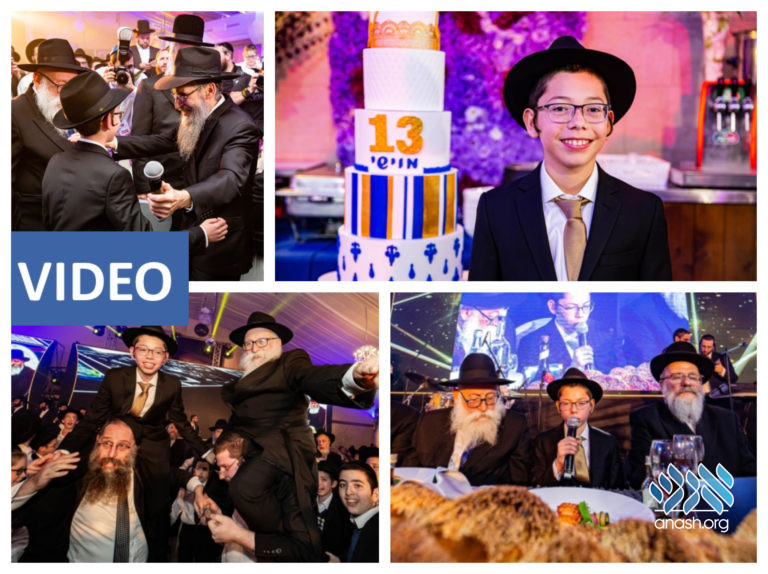 Surrounded by hundreds of friends and relatives, Moishy Holtzberg, surviving son of Gavi and Rivki hy”d celebrated his Bar Mitzvah in Kfar Chabad.

Although the event received recognition from several high profile individuals, those who came to celebrate with Moishy focused on allowing him to simply be who he is: a young boy, newly 13, celebrating his special day.

Among the many guests joining him was his nanny, Sandra, who famously rescued him from the scene of the attack 11 years ago. Flanked by his two grandfathers, Rabbi Nachman Holtzberg and Rabbi Shimon Rosenberg, Moishy recited the Bar Mitzvah maamar.

Avraham Fried, Simcha Friedman and Motti Steinmetz sang along with other popular singers, accompanied by a live band. As the music played and the crowd danced, the simcha in the room was tangible.

“One year after Gavi and Rivki were buried, we celebrated Moishy’s upshernish here in Kfar Chabad,” a relative shared. “Tonight, ten years later, we are celebrating his Bar Mitzvah. Just a week ago, the Kinus Hashluchim was held in New York, proving time and again that it is impossible to kill faith and light with bullets.”