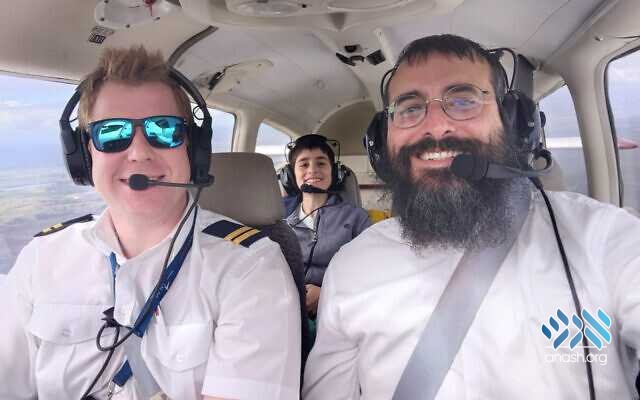 When being invited to perform a bris required flying there, Rabbi Yehuda Niasoff decided to play it safe by being the pilot.

Rabbi Yehuda Niasoff, chazan and choirmaster at The Central Synagogue in Sydney, Australia, flew himself to perform a bris last month, the Australian Jewish News reported.

Rabbi Niasoff, who is a shochet and mohel, was requested for services at a bris in the town of Mullumbimby, but flying on a commercial airline would potentially require him to self-isolate and impact his ability to act as chazan for the yamim noraim.

Having taken up flying lessons as a recent hobby, Rabbi Niasoff decided to circumvent the problem by borrowing a plane and flying himself. Together with his son Avi and instructor Sam Warriner who did all the navigating, the mohel took to the skies for a three and a half hour trip to New South Wales.

“[Flying] is good fun yet it requires serious concentration,” Rabbi Niasoff told the AJN. “It takes a lot of mental work and coordination, and it’s nice to use it in my rabbinic duties. That makes it more rewarding.”