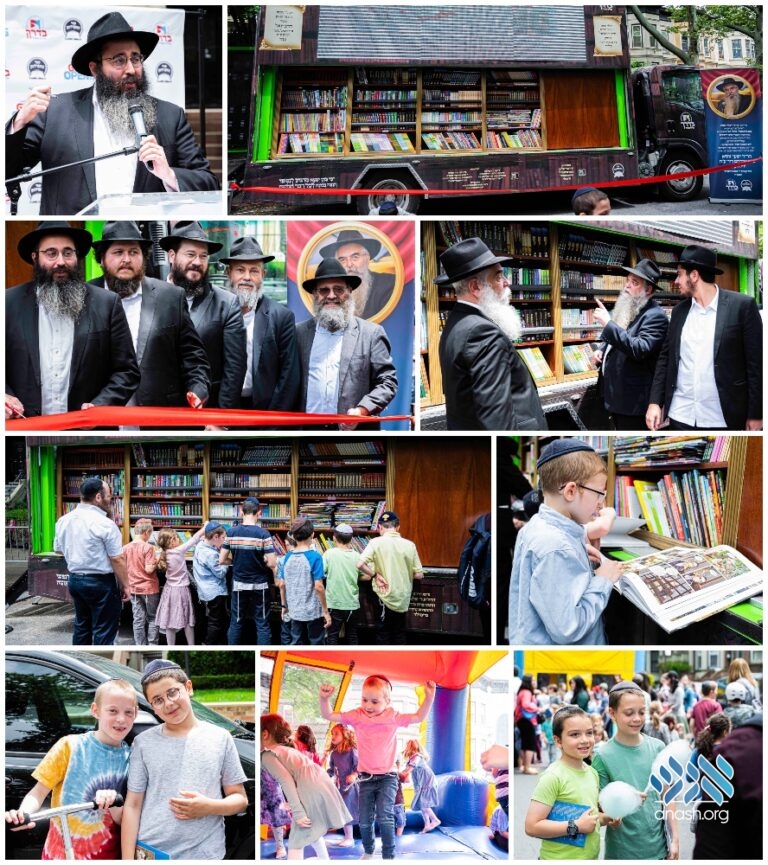 A new summer mobile library, which will circulate bungalow colonies over the summer, was inaugurated on Thursday with a grand street fair for the Crown Heights community.

A new summer mobile library, which will circulate bungalow colonies over the summer, was inaugurated on Thursday with a grand street fair for the Crown Heights community.

The truck, packed with story books, sippurei chassidim and chassidishe comics in Hebrew, English and Yiddish, will circulate upstate locations as well as Crown Heights over the summer. The summer truck is an extension of the Baderech Chassidus Library, which brings Sifrei Chassidus to areas all across the tri-state area, offering both a lending library and seforim for purchase.

Addressing the event were Harav Yosef Braun of the Crown Heights Badatz, Rabbi Avrohom Mann, director of Ohr Hachassidus, and Rabbi Chaim Yisroel Wilhelm, representing the Wilhelm family. The ribbon was cut by Mrs. Esther Wilhelm and her sons, and brothers of Rabbi Zushe Wilhelm, followed by l’chaims and refreshments.

A free street fair was then enjoyed by local children, with bounce houses, treats, raffles and a gift of a book for each child.

Memberships to the Baderech Kids Summer Library can be purchased at the truck (see schedule to below find out when the truck will be in your location).

For any questions or for more info contact [email protected]