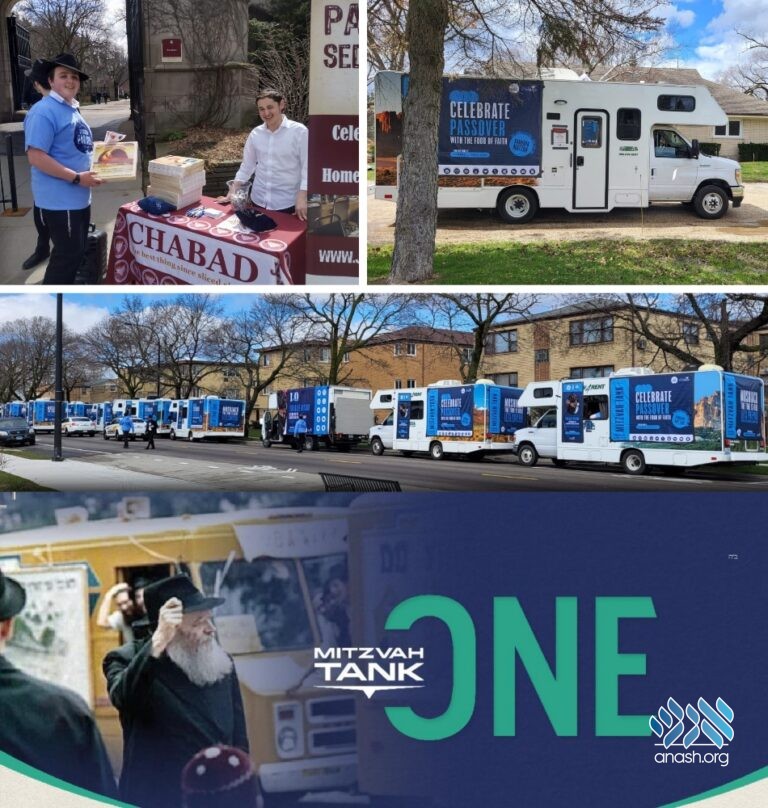 Thanks to the innovative new OneMitzvah platform, this year’s Yud Aleph Nissan parade of mitzvah tanks will include a completely new element: raising Mitzvos, with tanks competing for the highest number raised.

Thanks to the innovative new OneMitzvah platform, this year’s Yud Aleph Nissan parade of mitzvah tanks will include a completely new element: raising Mitzvos.

Every year bochurim eagerly anticipate the Yud Aleph Nissan mitzvah tank parade when they proudly drive past 770 and onward to locations all over New York City.

This year, in honor of the Rebbe’s 120th birthday, the mivtzoim will be brought to a whole new level with an exciting collaboration with OneMitzvah, the new platform launched by Merkos 302 in a partnership with RaiseThon.

“With the right technology, we can take Torah and Mitzvos and make them go viral,” says Shloimie Greenwald, founder and CEO of RaiseThon, who generously donated his team’s time and energy toward the project.

“We are more than happy to share the RaiseThon platform and be able to apply the crowdfunding concept to mivtzoim—reaching all types of Jews all around the world,” Greenwald says.

Each tank of bochurim will have its own customized OneMitzvah page, where they’ll “raise” Mitzvos as they meet other Jews around New York. They can also send their group’s page link to friends, family, or other mivtzoim contacts, raising Mitzvos both virtually and in person.

Besides the bochurim from Crown Heights, London, Miami and Chicago’s mitzvah tank parades are also joining the OneMitzvah initiative, and together their city is set to raise over 12,000 mitzvahs.

“People will now be able to see how their one good deed is connected to thousands,” says Mendel Wenger, from the OneMitvzah team at Merkos 302. “The mitzvah tank partnership gives us the opportunity to bring mitzvahs to literally thousands of Yidden.”

Attractive incentives make an already compelling campaign that much more motivating. Any group that “raises” at least 120 Mitzvos on their campaign page will be entered into a raffle for exciting prizes, including airpods, a gift certificate to Kehos, or a set of seforim. The top three groups that ”raise” the highest number of mitzvahs will be treated out to dinner at Basil Restaraunt in Crown Heights.