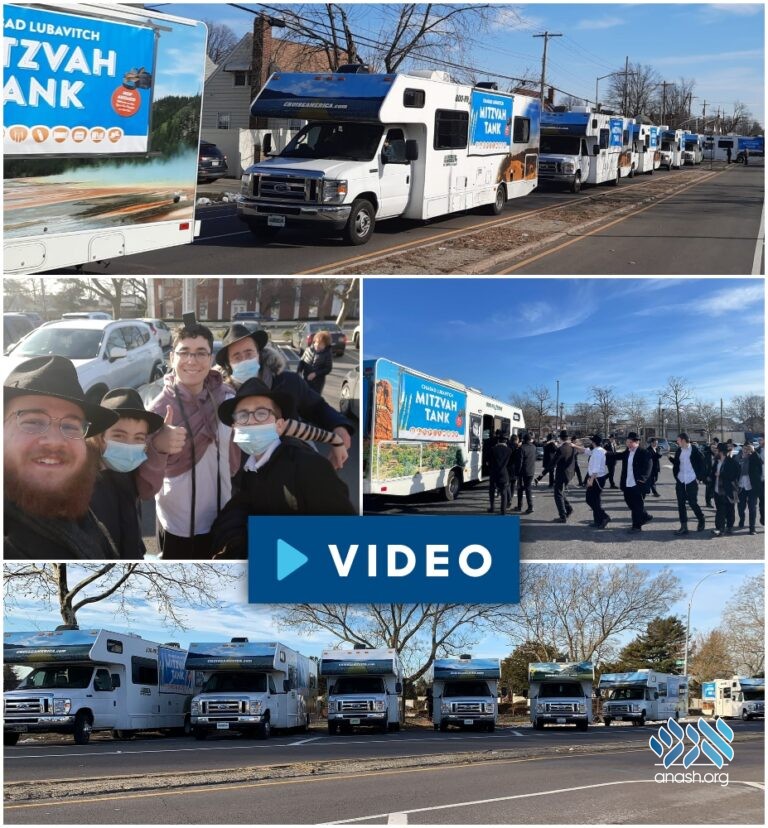 A parade of eight Mitzvah Tanks celebrating the 72nd year of the Rebbe’s nesius headed out on Wednesday, Yud Shvat, from the Rebbe’s Ohel to points across Queens and Long Island, where they did mivtzoim with passerby.

A parade of eight Mitzvah Tanks headed out from the Rebbe‘s Ohel on Wednesday, Yud Shvat, in the first-ever Tank Parade to pass by the Ohel.

The parade, which was in honor of the start of the 72nd year of the Rebbe’s nesius, was organized by bochurim Mendel Berghoff and Shea Shmotkin, together with bochurim from yeshivos across America.

Over the years of the Rebbe’s nesius, Yud Shvat was celebrated with Tank Parades a number of times, with the most memorable being Yud Shvat 5750, when the Rebbe watched as the 40 tanks passed by 770. In the years since, parades were held on a number of years, especially those marking a ’rounded’ number.

The parade this year was unique in the fact that is was the first-ever parade to pass by the Rebbe’s Ohel, where thousands were visiting to daven and read a pan as is customary on the day of Yud Shvat.

Heading out on Wednesday morning, the tanks traveled to different points across Queens and Long Island, with one tank traveling to Manhattan. There, the bochurim spread out on the nearby streets, offering passerby the chance to put on Tefillin or do other mitzvos, and spreading the Rebbe’s message about the imminent arrival of Moshiach.

The organizers extend a special thank you to R’ Moshe Pinson and Beis Shmuel – Chabad for their contribution to the parade.