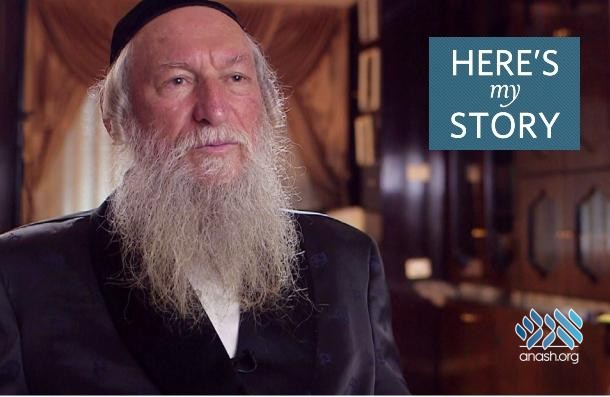 When the Rebbe asked Rabbi Nochum Cohen to relay an important message to Israel’s Moroccan community, he couldn’t understand it at first. It became clear at his first Shabbos back in Israel.

Rabbi Nochum Cohen is an educator and lecturer who has been teaching Torah to varied Israeli communities for many years. He was interviewed in his home in Jerusalem in March of 2014.

My father was one of the founders of the Tiferet Yisrael yeshivah in Jerusalem, which functioned under the leadership of the Rebbe of Boyan, a branch of the Ruzhin chasidic dynasty. And I was one of its first students.

During my years in that yeshivah, I became very connected to the Boyaner Rebbe and, in 1969, I decided to visit him in New York. To get there, I joined a charter flight of Chabad chasidim who were traveling to the Lubavitcher Rebbe just before the High Holidays, and as member of their group, I was invited to meet with their Rebbe. I accepted that invitation and so did a friend of mine.

My friend went in first. Afterwards, he told me that the Rebbe asked him for his name, and after he answered “Barzel,” the Rebbe remarked, “Barzel? Twelve years ago, someone by the name of Barzel visited me. Are you related?”

Indeed, his uncle, Rabbi Ezra Barzel, had visited the Rebbe in the past. When my friend later told his uncle what the Rebbe had said, the man was shocked. “In the twelve years that have gone by since I visited the Rebbe I hadn’t written him, spoken to him, or seen him. So how did he remember me after all these years, during which he must have met thousands of other people?”

When I entered the Rebbe’s study, I felt very emotional and I could hardly utter a word. But when the Rebbe began speaking to me, I felt more at ease.

He asked me who I was and what I was doing New York, and when he heard that I was visiting the Boyaner Rebbe, he requested that I convey his regards.

I answered that the first half of the day I study at the Ruzhiner yeshivah and the second half at the Mir yeshivah.

Hearing this, the Rebbe gave me a stern look. “I wasn’t asking what you are doing in your private life,” he said. “I want to know what you are accomplishing.”

I answered that – on behalf of the Mir yeshivah which encouraged its students to teach – I traveled every evening to Ir Ganim, a poor neighborhood in southwest Jerusalem. There I gave classes on Ben Ish Chai, the writings of a famed Baghdadi sage, at the Shevet Achim synagogue.

The Rebbe approved. “That’s what I meant,” he said. “Why didn’t you say that in the first place?”

He wasn’t so interested in how I occupied myself as a private person, but how I was using my G-d-given talents to make a difference in the lives of others.

Then the conversation turned to the different Jewish communities – Ashkenazi and Sephardi – with the Rebbe specifically mentioning the Lithuanian, Moroccan, Yemenite, and Iraqi. “You need to understand the nature of each community,” he advised me, “so that you can effectively respond to their needs.”

The Rebbe also advised me not to attempt to alter their versions of the prayer service.

“Each community should pray according to its ways. They have very fine roots. Each one has its customs, and you must understand their traditions to know how to relate to them.”

That was the gist of the conversation.

At the time, I didn’t understand why the Rebbe chose to speak with me about the different Jewish communities. But, in later years, it became clear that the Rebbe was guiding me for the work that lay ahead of me.

There came a time when I was involved in the building of a yeshivah in Migdal HaEmek, a development town in northern Israel then populated largely by Jews who fled Muslim countries. Although I was the principal of the school, my job didn’t end with the students. I made sure to build relationships with their parents. Through each student, I gained a connection to his family. With each family, I saw just how important it was for me to understand their unique community in order to know how to engage its members.

At the end of the audience, the Rebbe said, “I want to ask you to do me a personal favor. Will you do it?”

“Of course,” I answered, fully expecting to be sent on some sort of mission. But that was not what the Rebbe had in mind.

“Many Moroccan Jews make a mistake,” he said. “Although a Jewish boy must start putting on tefillin from his thirteenth birthday, they wait until the Bar Mitzvah party. Please tell them in my name that the mitzvah of tefillin must begin at age thirteen. The celebration can be later on.”

Indeed, the matter came up as soon as I returned to Israel. I went to spend Shabbat at the Shevet Achim synagogue, and when I entered, the gabbai in charge approached me with: “Rabbi, it’s so nice that you came, especially because we have a double Bar Mitzvah of two brothers, and we need someone to give a speech.”

“A double Bar Mitzvah?” I asked. “Are they twins?”

“No, one boy is already fourteen, and the other is turning thirteen.”

“Tell me, has the fourteen-year-old begun putting on tefillin?”

“There hasn’t been a party for him yet. How can he put on tefillin?”

I banged my hand on the lectern. “I have a message from the Lubavitcher Rebbe!” I announced. “A boy must put on tefillin from the age of thirteen, no matter when the party takes place.”

People were surprised to hear this. They simply had no idea. It turned out that much of this community was under the impression that the obligation of keeping mitzot began with the celebration – no matter when it was held – and not, as Jewish law demands, from the age of Bar Mitzvah. But they thanked me for pointing this out to them.

The Rebbe gave me that insight and more. When he asked me, “What are you accomplishing?” it was clear that he believed that I needed to be active in helping others. This lit a fire under me, and to this day, it motivates me to continue to teach Torah wherever I can.