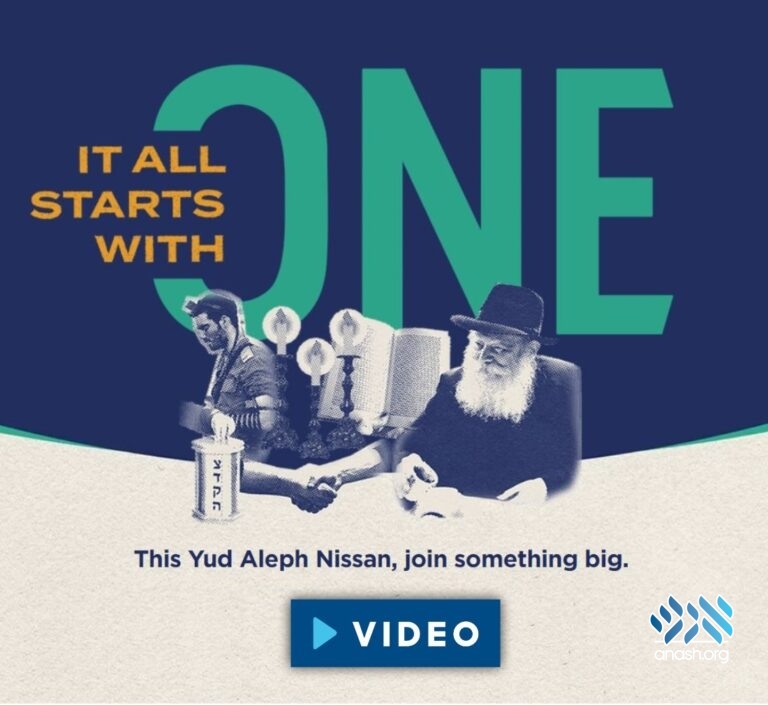 Taking advantage of the revolutionary new OneMitzvah platform, which opened for prelaunch registration just yesterday, nearly 200 shluchim in over 150 cities worldwide have already joined, for a goal of 300,000 mitzvahs in total so far.

Taking advantage of the revolutionary new OneMitzvah platform, which opened for prelaunch registration just yesterday, nearly 200 shluchim in over 150 cities worldwide have already joined, for a goal of 300,000 mitzvahs in total so far. The Shluchim will be using the platform to launch Mitzvah campaigns in their communities that will go live on Sunday in honor of Yud Alef Nissan.

From Sau Paulo, Brazil to Sydney, Australia, community members around the world will be pledging mitzvos in honor of Yud Aleph Nissan.

The new OneMitzvah platform, a completely innovative approach to doing good, gives shluchim a method to unite their communities around doing mitzvahs in honor of the Rebbe’s birthday. “As campaigns prepare to launch, we’re seeing the potential for a grand-scale impact take hold,” says Rabbi Mendy Broner, director of the OneMitzvah team at Merkos 302.

OneMitzvah works just like a fundraising campaign, with a goal, teams of people recruiting, and a website to pledge. But instead of raising money, OneMitzvah is stockpiling positive actions. Tefillin, Tzedakah, Shema, Shabbos candles, and acts of kindness are just five easy and impactful mitzvahs that anyone can do.

With the catchy slogan “It all starts with one,” the OneMitzvah platform gives shluchim everything they need to pull off a powerful mitzvah campaign. From high-quality marketing materials to a user-friendly web page, OneMitzvah offers a comprehensive package for shluchim to promote and then pull off the project.

“With a minimal investment on my part, the campaign is already having a major impact in our community,” says Rabbi Chaim Shlomo Cohen, shliach in Montreal, Canada. “Between Pesach mivtzoim and planning our community sedarim, it was a breath of fresh air to have all the details taken care of for me.”

In Montreal, the MADA community center pledged 5,000 mitzvos, with leaders in the community empowered to create teams and share the campaign with family and friends.

“When Rabbi Cohen asked me to take on a Mitzvah, I was thrilled to be a part of this beautiful initiative,” said Igal Shapiro, who pledged to put on Tefillin for a month in honor of the Rebbe’s birthday.

Getting everyone involved is what makes the OneMitzvah campaign so powerful. “We’ve been able to connect with Jews all over our region, many of whom have never before stepped into our shul,” says Rabbi Hershy Spritzer. In Reseda, CA, they’ve already “raised” 353 mitzvahs and are aiming to reach 1200.

Ultimately, it’s not the number of Mitzvahs that matters. “OneMitzvah is all about the transformative power of one simple action,” says Rabbi Moshe Kotlarsky, Vice Chairman of Merkos L’inyonei Chinuch. “By each person doing their part, we’ll accomplish something greater together.”